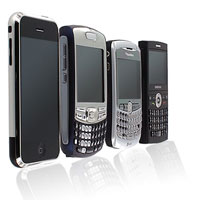 Recently, I decided to upgrade my cell phone. I’ve been torn between a Blackberry — which would allow me to stay on Verizon, a carrier that has better coverage in my area — and an iPhone — which is clearly the better phone for my most pressing needs (heavy web browsing, some email, and an intravenous Twitter drip). Given the type of things that smartphones do these days, is it fair to label them as computers?

Mobile blogger James Kendrick noted today that if mobile phones like the Apple iPhone, HTC/T-Mobile G1, Blackberry Storm, or Nokia N95 are considered computers, then Nokia was the largest computer manufacturer in 2008. But are smartphones really computers? Yes, they have increasingly more powerful processors and do many computing tasks, but as Kendrick points out, they don’t do all the things your laptop or desktop personal computer can do.

Smartphones are not personal computer replacements just yet — and they might never be. It’s hard to imagine writing a term paper or designing a web site on your phone. As good as the experience on the iPhone and Blackberry is for many common computing tasks — like email or web browsing — you wouldn’t want to use your smartphone to edit a photo.

On the other hand, in many parts of the world, especially in developing nations, mobile phones are already being used as primary computing devices. And more and more we’re spending a majority of our computing time on smartphones, doing common, everyday tasks like emailing, instant messaging, web browsing, playing games, taking photos, managing appointments, and even doing things like monitoring servers or managing our financial portfolios. If we can do all that, isn’t the smartphone a computer after all?

Let us know what you think in your poll and then share your definition of what makes a computer a computer in the comments. 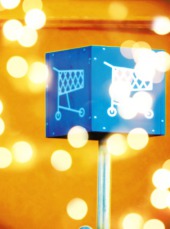