There has always been a huge debate in the computer field over the value of education. This debate is probably more prevalent in this field than most others because of the number of people who are self taught or just plain know what they are doing. It’s a strange field, because you can have some seventeen year old kid still in high school making 80 thousand a year as a consultant because he’s just that good at assembly language code. And yet the guy with the bachelor’s degree is only making 50 thousand. Go figure.

The Pace of Change

However, in our careers in the computer field, most of us are faced at one time or another with a decision. Do we further our education? And if so, what’s the best way to do that? One difficulty is that most competent people in this field are so damn busy that they don’t even have time to sleep right, much less go back to school. Actually, many of us got into computers in the first place because we hated school. Working on a computer program or designing a web site was an escape from that hated hell hole called college (at least that’s the way it was with me).

Well, if you put the emotion aside and think rationally, it’s really not a difficult question to answer. I know that I still blame most of my problems on my high school and college professors, but that’s really not relevant, is it?

What’s important is the fact that the computer industry is moving so fast that the technology changes totally every two or three years. And that’s astounding when you think that accounting hasn’t changed in concept in thousands of years! Medicine moves at a snails pace compared to the standard release schedule of new processors from Intel. Even though the 40 million lines of code in Windows 2000 seemed to never get finished, that’s minor compared with the decades of research and testing that need to go into the release of each and every drug!

It’s this speed that makes further education not optional. Yeah, you might be the most incredible Fortran programmer in the world today, but in a year Fortran might be totally replaced by something else. I’ve seen this happen over and over and over. Excellent people making incredible salaries find themselves having difficulty getting jobs because their skills are no longer needed … or are so outdated that nobody does that anymore.

But wait a minute … college takes years and years. I mean people spend five or six or even seven years just going through college! And that’s full time! How can a professional who has to earn a living fifty hours a week or more find time to go to college???

From an Employers Perspective

There’s another factor involved in all of this, and that’s the employer. Think about it. Let’s say you are a manager and you’ve just put out an ad for a new senior system manager position, Windows NT experience needed, and so on. After you get back the hundred or so resumes, how do you determine who is best qualified? You could try references, but if you’ve done that you know how hard it is, with lawsuits and all, to get any information out of previous employers. And you could look at the work that the person has done, but you can be sure he’s picked his best work, not his normal quality. Anyway, that helps a little with programming and HTML coding jobs, but what about that system manager position? How do you look at his previous work?

You could ask lots of questions about technical stuff, and you could have your technical people interview the person. But still, it’s difficult to come up with the right questions during an interview, and it’s only an hour long anyway.

What do you look at? How is a manager to know?

Ah, there is an answer, and that’s called certification! If you are a system manager you could get an MCSE, which basically indicates that you know how to manage a set of Microsoft products and you’ve proven it by passing some tests. You could go even further and get your MCSE+I, which translates to "you are one of the elite". An active Microsoft Certification like this means you are current in the technology as you must keep testing year after year on new products in order to keep your certification.

If you add to that some broader certifications such as Hycurve, CIW, A+ and Network+, you’ve got your well-rounded computer or internet education.

But what about those people who say "Any jerk with $500 can get a CNE, with little effort. The only people who have problems with those tests are managers and old Fortran programmers." Well, what can you say? Personally, I wouldn’t even bother to debate with these guys, as they have already made up their minds. Perhaps they are so smart that they don’t need an education?

But for the rest of us, well, the certifications are difficult. To honestly pass the MCSE or MCSE+I exams is very challenging. I am an employer, and I would have tremendous instant respect for anyone who has passed the MCSE+I. This is a very tough series of exams!

Personally, as both an employee and an employer, I would heartily recommend that every technical person review his career and decide what certifications could be useful. Let’s take that system manager example that I mentioned earlier. What would be the perfect mix of certifications for a Windows NT system manager?

Here’s what I suggest. Start with A+ and Network+. This will give you a broader understanding of the basics of computers. Proceed to get your MCSE by taking the following (these are the 4.0 exams, Windows 2000 has a different mix).

Okay, now be sure to maintain your MCSE as current by retesting as they are released. Look at the MCSE+I and decide if that is appropriate for you. If so, then by all means do it.

Next, look at some broader certifications like CIW (Certified Internet Webmaster). These are nowhere near as difficult as the MCSE exams, and they serve to broaden you so you have more than a straight Microsoft bias. It’s important to be able to understand how all of the technologies fit together … there are other solutions that make more sense than Microsoft sometimes. You at least need to understand why you chose Microsoft verses another company so you can defend yourself.

No, you are not done if you want to be complete. You could also become certified on various products such as Adobe Acrobat and Photoshop, IBM servers, HP printers, and so on.

But hold on! Wait a minute! How much does all of this cost? Well, guess what? It’s not cheap … it will take time and it will take money. Nothing worthwhile is ever easy.

The benefits to doing all of this are absolutely phenomenal. First of all, assuming you got through all of this honestly and actually learned the materials, you will become a very hot commodity indeed! Someone with an MCSE alone can easily expect to make 20% more than someone without it for the same position. That’s just a fact about this industry. Second, your job will become easier. Believe me, it’s so refreshing to ask, say, an Exchange expert about an exchange problem and get a straight answer instead of some bull or "I’ll have to look at it". It’s a great feeling just to know what needs to be done.

Third, if you do have to change jobs you will find it easier and you will get a higher quality position. In fact, you will probably find yourself with a choice of interviews and job offers.

And you make it very easy on your future employer. He doesn’t have to guess … he can just look at your certifications and have a pretty good idea what you are capable of.

Uh, but what about those people who just go to one of those "boot camps" or something and get the quick and dirty certification? A good interviewer can usually determine if a person knows his stuff or has just a "paper certification". If the person does get through the interview, well, a really good manager figures it out during the first 90 day breaking-in period and takes advantage of it.

But, you say you are a consultant. You don’t need a full-time job so why do you need to be certified? Personally, I wouldn’t even talk to a consultant who didn’t have solid certifications behind him. When I hire Visual Basic programming consultants, I want proof that they know something. I want to see samples of their work and I want to see their certifications. If I need an expert to fix my Exchange server, I want to see that he’s at least good enough to pass the Exchange exam. After all, I’m going to pay these guys anywhere from $75 to $225 an HOUR, so they had better have gone that extra mile.

Oh but, you say, you’ve never had a problem getting a job, computers are trivially easy to you and besides, certifications are for sissies. The only thing I can say to you is the industry is most definitely heading towards requiring certifications from people they hire in the computer field. It really doesn’t matter whether you like it or not. Of course, this does not apply if you have an "in" or "know someone" … but will that always be true?

Why Do I Know Anyway, You Say?

I’ll just reiterate my advice. I am an old dog at this. I’ve been in the industry for 21 years now, and I’ve done it all. I’ve learned Basic, Fortran, Fortran Plus, Basic Plus, Forth, C, C++, Visual Basic, Java, HTML, Teco, assembler from a dozen machines, Bliss and even dabbled in firmware code. I’ve worked on the old PDP-11’s (which had boot code that had to be hand-toggled into the computer each time and where the operating system was loaded with paper tape), VAXes, Macintosh’s and PCs. I’ve written device drivers, real-time water pumping systems, applications of all kinds, disk defragmenters, file recovery programs and assembly language debuggers. I’ve designed and written everything you can think of. I’ve created intranet and internet sites and written over 45 manuals of 100 pages or more in length. I’ve managed teams of up to 15 people and I’ve crawled on my hands and knees laying cables and replacing burned out boards.

My advice is spend the time, spend the money and get certified. Do it for real and honestly and learn your trade. You will never regret it.

Richard Lowe Jr. is the Webmaster of Internet Tips And Secrets at http://www.internet-tips.net Visit our Website any time to read over 1,000 complete FREE articles about how to improve your Internet profits, enjoyment and knowledge. 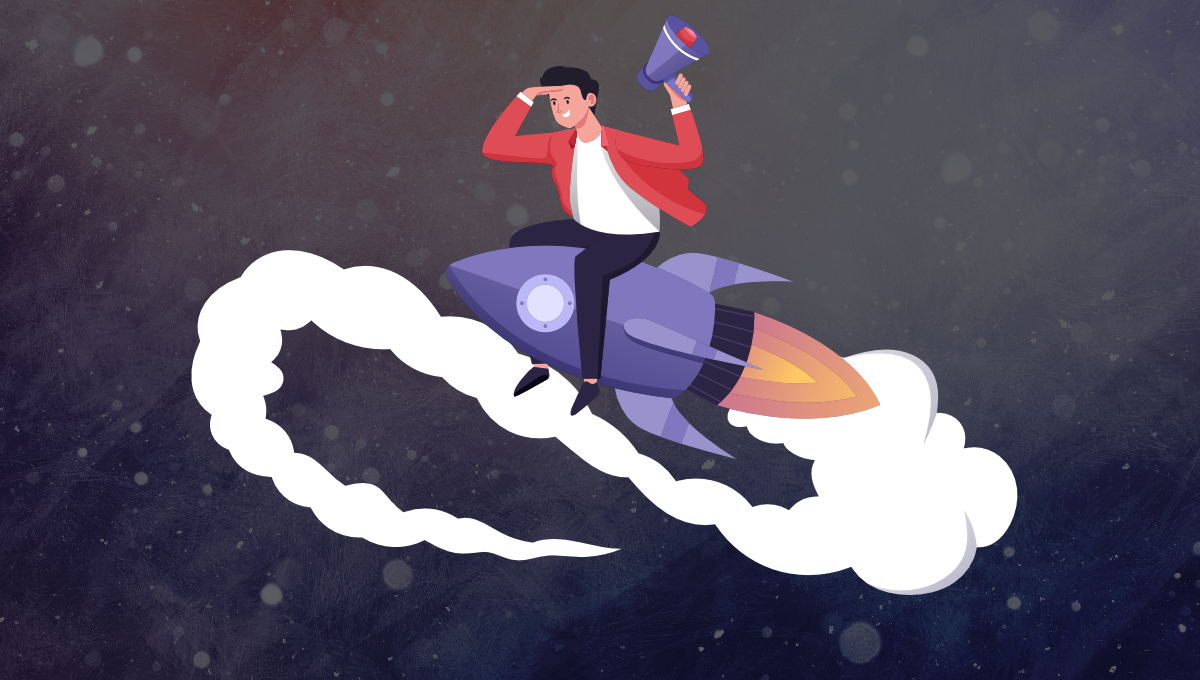 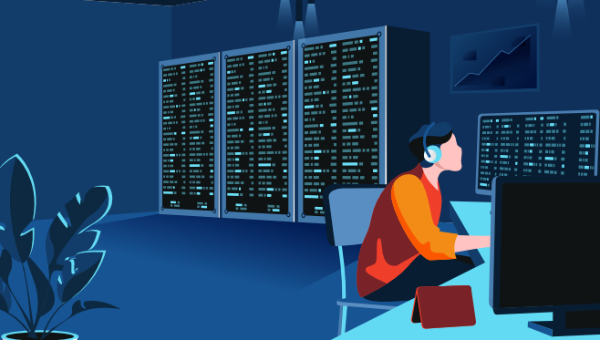 How To Increase Conversions by 50% OvernightBrandon Eley