This week there has been a big buzz on Twitter about the U.S. Missile Defence Agency logo. The logo was designed by TMP Government, an agency dedicated to designing programs exclusively for government and contractors. Here’s the logo: 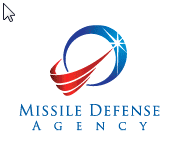 Another day, another logo. So what’s the fuss about? The logo isn’t brand new, as it has been on the Missile Defence Agency web site since last Autumn, but some American conservatives’ are claiming the logo looks like a fusion of the Obama campaign logo and the Muslim crescent moon and star, and the conspiracy theorists are coming out of the wood work.

Some people are also seeing a close resemblence to the Iranian Space Agency logo. Well the colors are similar anyway.

The Missile Defence Agency is still using the old official logo in the footer of the web site. Richard Lehner, a spokesman for the Missile Defense Agency, said about the controversial logo, “It isn’t a new logo to replace the official logo. It’s a logo developed for recruiting materials and for our public website. Also, it was used prior to the 2008 election and it has no link to any political campaign.”

If you take a look at the TMP Government web site (the people who designed the new logo), they have a small slide show displaying different usage of the logo including some nice brochure design. Forget the conspiracy theories though, the wierdest thing of all though has to be the Engineer Trading Cards which sport the logo. Top Trumps Engineers? Now that’s worrying. 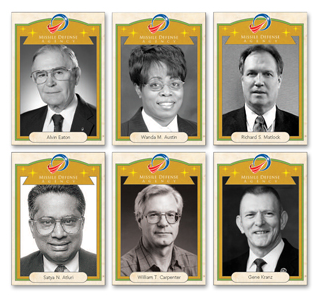 The story has also been covered by a lot of newspapers including The Washington Post, The Telegraph and The Washington Times. Brand New have a good article with some humorous opinion on the new logo if you’d like to read more.

So what do you think of the logo? Do you like it? Is it a throwback to an 80’s space game? Are the conspiracy theorists correct saying it looks like the Obama logo meets Islam?