This article was sponsored by Bitbucket. Thank you for supporting the sponsors who make SitePoint possible.

Learn the basics of Git with this space themed tutorial.

Your mission is to learn the ropes of Git by completing the tutorial and tracking down all your team’s space stations. Commands covered in this tutorial:

As our new Bitbucket space station administrator, you need to be organized. When you make files for your space station, you’ll want to keep them in one place and shareable with teammates, no matter where they are in the universe. With Bitbucket, that means adding everything to a repository. Let’s create one!

Initially, the repository you create in Bitbucket is going to be empty without any code in it. That’s okay because you will start adding some files to it soon. This Bitbucket repository will be the central repository for your files, which means that others can access that repository if you give them permission. After creating a repository, you’ll copy a version to your local system—that way you can update it from one repo, then transfer those changes to the other.

Do the following to create your repository: 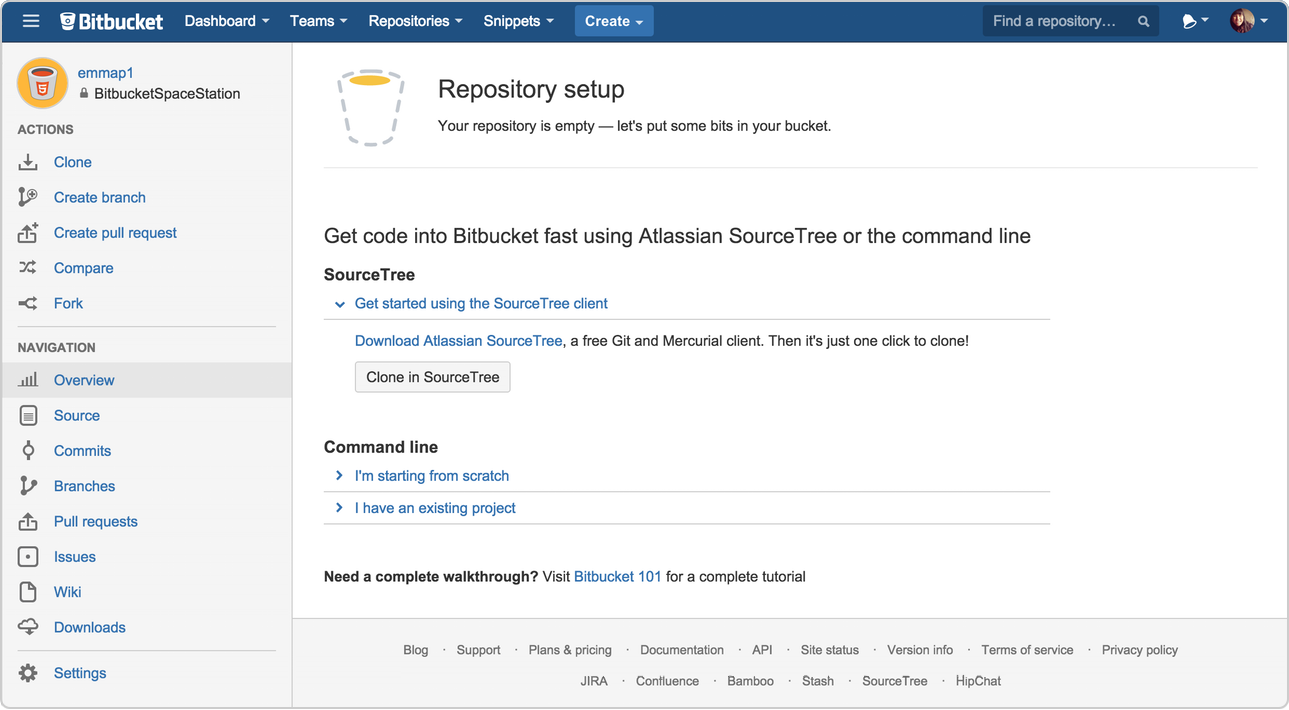 Click items on the Navigation menu to see what is behind each one. To view the shortcuts available to navigate these items, press the ? key on your keyboard.

You are about to use a whole bunch of Git and non-Git commands from a terminal. If you’ve never used the command line before, learn where to find it at The Command Line Crash Course.

Step 1. Clone your repository to your local system

Congratulations! You’ve cloned your repository to your local system.

Step 2. Add a file to your local repository and put it on Bitbucket

With the repository on your local system, it’s time to get to work. You want to start keeping track of all your space station locations. To do so, let’s create a file about all your locations.

Remember how the repository looked when you first created it? It probably looks a bit different now.

Pull Changes From Your Git Repository on Bitbucket Cloud

Next on your list of space station administrator activities, you need a file with more details about your locations. Since you don’t have many locations at the moment, you are going to add them right from Bitbucket.

Step 1. Create a file in Bitbucket

To add your new locations file, do the following:

You now have a new file in Bitbucket! You are taken to a page with details of the commit, where you can see the change you just made:

If you want to see a list of the commits you’ve made so far, click the Commits link on the left side.

Now we need to get that new file into your local repository. The process is pretty straight forward, basically just the reverse of the push you used to get the locations.txt file into Bitbucket.

To pull the file into your local repository, do the following:

Fantastic! With the addition of the two files about your space station location, you have performed the basic Git workflow (clone, add, commit, push, and pull) between Bitbucket and your local system.

Use a Git Branch to Merge a File

Being a space station administrator comes with certain responsibilities. Sometimes you’ll need to keep information locked down, especially when mapping out new locations in the solar system. Learning branches will allow you to update your files and only share the information when you’re ready.

Branches are most powerful when you’re working on a team. You can work on your own part of a project from your own branch, pull updates from Bitbucket, and then merge all your work into the main branch when it’s ready. Our documentation includes more explanation of why you would want to use branches.

A branch represents an independent line of development for your repository. Think of it as a brand-new working directory, staging area, and project history. Before you create any new branches, you automatically start out with the main branch (called master). For a visual example, this diagram shows the master branch and the other branch with a bug fix update.

Step 1. Create a branch and make a change

Create a branch where you can add future plans for the space station that you aren’t ready to commit. When you are ready to make those plans known to all, you can merge the changes into your Bitbucket repository and then delete the no-longer-needed branch.

It’s important to understand that branches are just pointers to commits. When you create a branch, all Git needs to do is create a new pointer—it doesn’t create a whole new set of files or folders. Before you begin, your repository looks like this:

To create a branch, do the following:

Your space station is growing, and it’s time for the opening ceremony of your Mars location. Now that your future plans are becoming a reality, you can merge your future-plans branch into the main branch on your local system.

This branch workflow is common for short-lived topic branches with smaller changes and are not as common for longer-running features.

To complete a fast-forward merge do the following:

Here’s what you’ve done so far:

Next, we need to push all this work back up to Bitbucket, your remote repository.

Step 3. Push your change to Bitbucket

You want to make it possible for everyone else to see the location of the new space station. To do so, you can push the current state of your local repository to Bitbucket.

This diagram shows what happens when your local repository has changes that the central repository does not have and you push those changes to Bitbucket.

Here’s how to push your change to the remote repository:

Not sure you will be able to remember all the Git commands you just learned? No problem. Bookmark our basic Git commands page so that you can refer to it when needed. 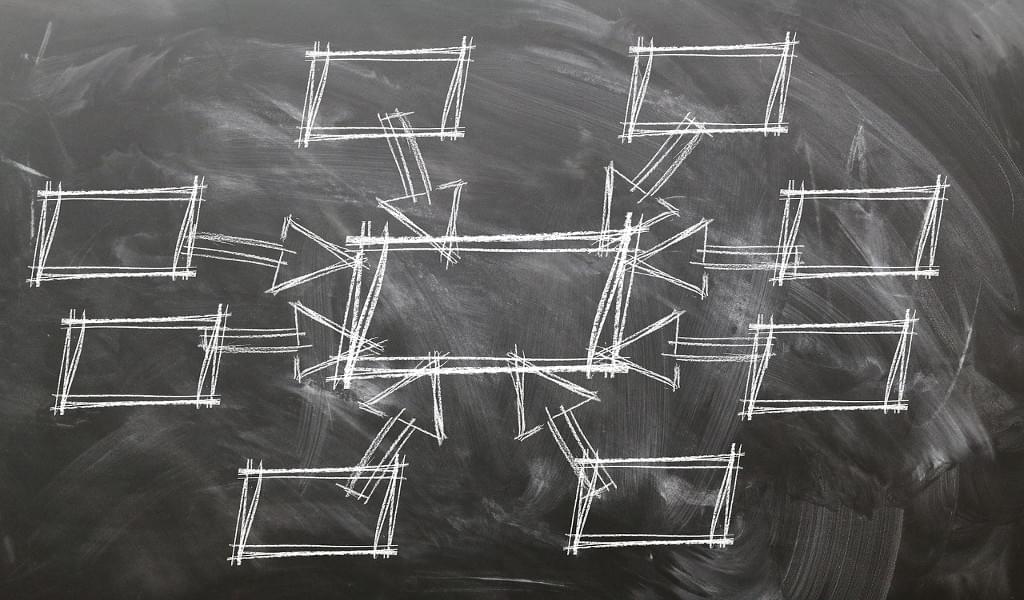