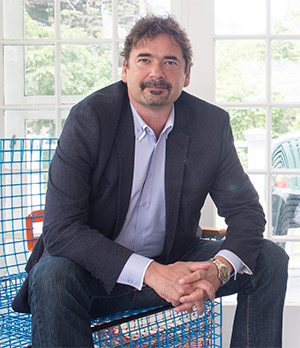 Vivaldi version 1.0 was released on 6 April, 2016. I interviewed CEO Jón S. von Tetzchner shortly before the release to discuss why it was developed, the features it offers, and the future direction of the browser.

Craig Buckler: Thank you for speaking with me, Jón. I guess it’s a busy time for you?

Jón S. von Tetzchner: Very much so. There’s been a fair amount of travel and interviews.

CB: You’ve been very open about why you started Vivaldi, but it must have been a difficult and costly decision. What compelled you to proceed?

JvT: On a personal level, I decided never to make another browser again after leaving Opera. It’s not that I didn’t enjoy it but it’s a significant amount of work. I didn’t consider it to be feasible, and competing with my old company was very far from my mind!

But a number of things changed. Opera dropped the code we wrote (the Presto rendering engine) and switched to Chromium. They changed direction and produced a simpler browser which left a huge hole in the market. Many people liked the previous product and its philosophy, so they were unhappy about the situation. I was in the same boat: I didn’t know which browser to use! Neither Opera nor the other vendors were making the product I wanted. It was a natural consequence that if no one’s going to do it, you need to do it yourself!

CB: I’m not sure many people decide to build a new browser! How long did it take to develop Vivaldi?

JvT: We started the process in late 2013. It took some time to get the team together and decide how we were going to approach development. That took around six months, since we didn’t want to take Chromium and simply add features. We’re making some dramatic changes—not just in the way it looks, but because we chose to create an HTML5-based interface. Working out how to do this was complex.

CB: You had a choice of several rendering engines. Why did you select Chromium?

JvT: It was a difficult choice, since we would be using the code for a long time. We felt the momentum was behind Chromium and, from that perspective, it was the safest option.

It can be difficult to keep up with the maintenance of the engine. It’s an ongoing process; every update can break something! It’s been a lot of work, but it’s gone well and we’re getting better at managing those changes. But we went into this with our eyes open; we knew how complex it would be to build a browser.

CB: Will you be contributing to the Chromium core?

JvT: So far, we’ve mostly been reporting issues. Our first step was getting Vivaldi released, but there’s now more opportunity for us to contribute back to the engine.

CB: Have you considered making Vivaldi an open source project?

JvT: Any changes we make to Chromium are open. The interface is HTML which you can inspect should you want to. Moving to a full open-source project is something we’re evaluating.

CB: The browser market is healthier than it’s ever been. Is there room for a sixth mainstream browser? Can you compete against Google, Apple, Microsoft, Mozilla and Opera?

JvT: We’re offering something quite different. The others are moving in the same direction and limiting functionality. Vendors want the browser itself to disappear so you’re just left with the content. Features are often removed if a small percentage use it—but that can still affect millions of people.

Our approach is to give users what they want. We provide a lot of options so Vivaldi can adapt to their way of working.

We don’t have the distribution means of the others. You can get Edge, Safari or Firefox with your operating system. Google has the power to push Chrome everywhere. We have to win people by the quality of our software and the features we offer. We’re building a browser for our friends. Time will tell how many friends we have, but the reaction has been fantastic!

CB: Do you have plans for a mobile edition of the browser?

JvT: It’s in the plans, yes, but it’ll take some time. Android is the natural choice, but we’ll see if we can get things done on iOS.

CB: Vivaldi is aimed at power users. Will that remain the target market, or do you hope to attract less technical users?

JvT: We’re open to everyone, but our focus is the people who want something different. Those are the ones who tell others to use Vivaldi because it has one or two features they need.

CB: What is your personal favorite feature in Vivaldi?

JvT: There’s a lot. I use many features, just like our users.

Tab stacking and being able to undo tab closing is very useful. I use a lot of keyboard shortcuts and mouse gestures.

One of the big features we’re testing is mail. I used Opera mail for many years because it allows you to work with many accounts in one place. The Vivaldi mail client will also be in the browser. All messages are contained in one database, so it’s easy to find a specific mail or all those from a single contact. We knew people would ask for it.

CB: Are there any other big features coming in version 2?

JvT: We’re considering a lot of features. An RSS reader is certainly on the list.

CB: With hindsight, is there anything you’d have done differently while developing Vivaldi?

JvT: The feeling is that we’re approaching it the right way. We spent a lot of time planning and learned many efficiencies from our Opera days. We’re currently building one hundred deliveries in parallel.

Chromium’s multi-process handling allowed us to implement the UI using web technologies. We can develop quickly because there’s no compile step and the application is mostly cross platform. We’re still doing customizations to ensure the browser looks and feels like a native application on each OS, but we have a group of people who love their different platforms and ensure none is left behind.

I strongly believe there’s a need for a different view when it comes to browsers and software in general. There’s too much focus on building software which the user has to adapt to. That may work for some—but not everyone. We’re all individuals, and I believe the product should adapt to the user.

CB: Thanks again for your time. Best of luck with Vivaldi’s launch and future development.

Vivaldi, Your Next Browser?Donald Dragoti