Today’s mobile app marketplaces are ferociously competitive. Commanding even a modest upfront price tag on a well-designed app often seems like a risky move. Some developers are moving toward alternative monetization models like “freemium” plans and in-app purchases. The concept of “try before you buy” is hardly a new one, but modern technology offers some unique twists on this old marketing model.

Offering a robust free app is a proven method for conquering mobile competition and winning customer trust, but it doesn’t reward the developer for their investment of time and money. Quite a few mobile apps ranging from games to strictly-business productivity apps have struck the difficult balance of besting their competition in the app market, building a large user base, and simultaneously reaping a solid return on thier investment. Let’s look at a few examples of apps with well-designed in-app purchase models.

The CamScanner app for iOS and Android is a remarkably versatile app that allows multi-page scanning straight from your smartphone. Even the free version offers serious functionality to professionals who need to digitize documents quickly and easily. Users can scan documents, align and crop them digitally, and email them directly from the app. As an in-app purchase, CamScanner offers fax technology that enables users to send their digitized documents to fax machines. This impressive app can effectively replace a scanner, but equally impressive is the in-app purchase of faxing, which effectively replaces a fax machine as well. This in-app purchase serves as an attractive complement to a free, fully-functional app that already has all of your important documents on file and ready to fax. 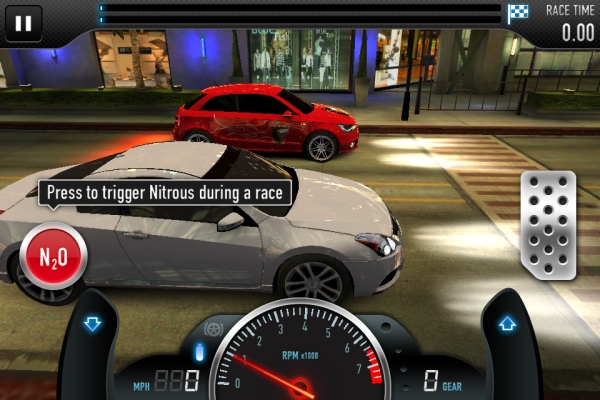 This popular racing game garners a 5-star rating and is free to download, offering little reason to refrain from trying it. While the game itself is free, in-game currencies and vehicle upgrades as sold as in-app purchases for real-world currency. Some of these upgrades cost upward of $50. If those in-app purchase prices sound too steep to be a viable profit strategy, consider this: NaturalMotion Games Limited, the creator of CSR Racing made $12 million in a single month exclusively through in-app purchases.

If you examine mobile apps with effective in-app purchase models, you’ll find quite a few commonalities. The technique has proven to be effective for a vast variety of app types, but they all shared the following qualities:

In-app purchases (IAP) offer a new and notable option when it comes to competing with similar apps, convincing customers to download your app, and reaping fiscal rewards from your hard work. It only works well under the right conditions, but examples prove that it has immense potential. Developers that implement this technique properly and carefully can end up with wildly-popular, seriously-lucrative mobile applications.

Have you considered implementing an in-app purchase model for your mobile apps? Does it favor the customer too much, or is it an overlooked opportunity for mobile developers to win customers and unlock unprecedented earnings?