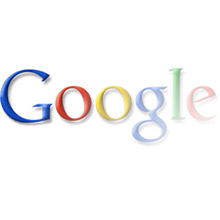 Google is rarely publicity-shy and they’ve been promoting their new fade-in effect on the search home page. You may have seen it. Although it’s possible you haven’t — Google are testing the system and not everyone can view it.

(Note that Google has used progressive enhancement, so users without JavaScript will see the standard page.)

Here’s a short animation which demonstrates the action:

According to the Google blog, the company has tested 10 variants of the fade-in and the company employees “really like it”.

Sorry Google, but I don’t get it? What benefit does the fade-in actually serve?

Hiding advanced or little-used functionality from the user can be a good thing. For example, many people have learned to love the ribbon in Microsoft Office. However, in this case, what’s the point in hiding a handful of options for a few milliseconds? I can’t believe many users are overwhelmed by the links — most people ignore them.

If the fade-in is aimed at new computer users, I suspect few will notice the effect. In my experience, novices tend to over-use the mouse in preference to their keyboard. For example, rather than hitting return, many will switch to the mouse to click an “OK” button. Those users will see the fade-in as soon as the page has loaded.

I initially wondered whether the fade-in would assist touch-screen or mobile users, but activating an on-screen keyboard would show the links too?

In addition, the effect requires several lines of JavaScript. That’s not a problem for most of us, but the extra page weight could dramatically increase Google’s hosting and bandwidth costs. This is a company that doesn’t add closing body and html tags to save a few precious bytes!

Ultimately, I can only think of one reason why Google has introduced the fade-in … competition from Bing. Bing is prettier and offers nicer animations but Google’s effect is hardly going to bring deserters back.

Whatever the reason, many people are asking how to disable the fade-in and a number of Greasemonkey scripts have already appeared. I’d be surprised if Google keep the effect.

What do you think of Google’s fade-in effect? Is it useful or should Google stick to basic search without the gimmicks?