The walking directions feature is in beta, and warns users to “use caution when walking in unfamiliar areas,” but it already knows not to send people on certain roads. If getting from point A to point B includes hopping on the interstate highway, for example, Google won’t even offer walking directions. 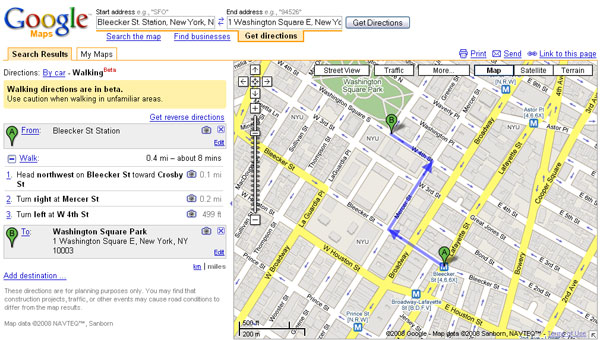 With half of the world’s population now living in cities, walking directions will be very helpful to a lot of people. Further, walking directions should also fix problems like the one the Sydney Morning Herald reported in 2007, where Google Maps sent people on an 18 minute drive over a $3 toll bridge to go essentially across the street. It would appear one-way streets tripped up the mapping application and caused the expensive route.

Walking directions also excite me because where I live was given a “very walkable” rating from recently launched Walk Score. Google Maps is the only major mapping product that offers walking directions since Ask axed their mapping service earlier this month. 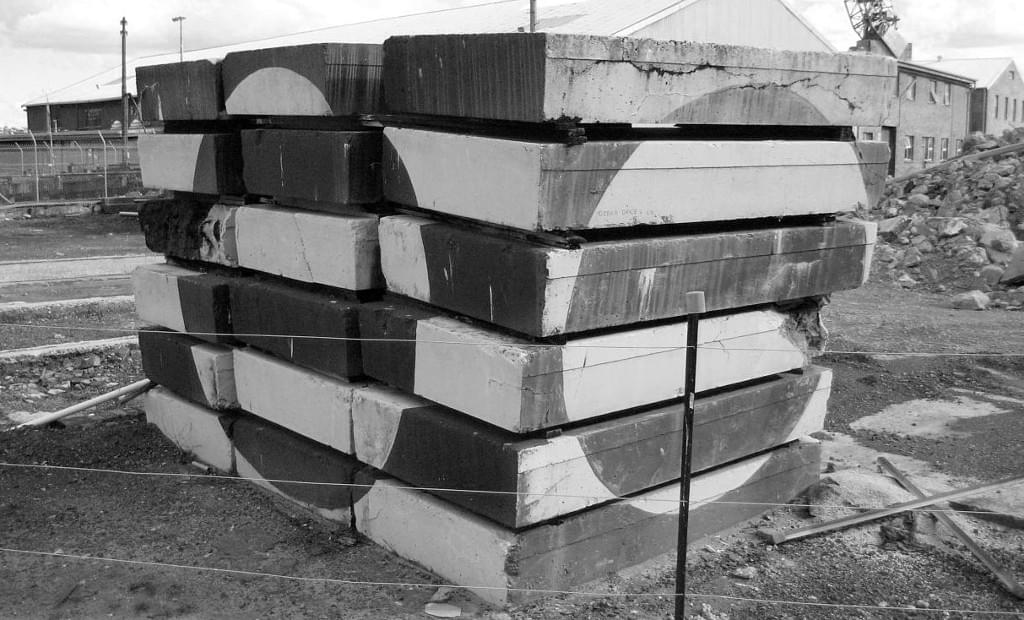