About 10 years ago web animation was in big trouble. Adobe Flash was dying but there was still no obvious replacement. We needed a fast, easy-to-author, web-friendly format capable of staging larger-scale animated demos, cartoons, and banners.

Happily, in 2014 AirBnB offered us their solution – Lottie.JS.

In short, if you enjoy using SVG for your imagery, Lottie is a great way to animate those vector graphics. If you’re looking to replace GIFs, MPEG, or CSS animation with something lighter faster, and more scalable, Lottie may well be your best answer.

At their most basic, Lottie animations like Bashir’s require just two files.

Why would I choose Lottie?

There are many ways to animate web vectors – from CSS animations to SVG’s SMIL to GreenSock, AnimeJS, and other JavaScript libraries.

However, Lottie has a killer ‘one-two punch’ of:

For all its well-documented problems, Adobe Flash’s long success was based on combining a good authoring tool with easy cross-platform deployment. I think Lottie shares some of Flash’s advantages.

How do I create a Lottie Animation?

As Lottie files are nothing more than JSON text files, technically you could just code your animation straight into any IDE. In reality, you’ll want to select a ‘Lottie-capable’ animation tool. Here are my thoughts on the handful that I’ve tried and tested.

In my view there are two factors to consider when selecting a Lottie Animator:

I’ll cover these two areas separately for each tool.

Ok, this is arguably a controversial take, given the Lottie format was built for After Effects, but I don’t believe AE is the best Lottie creation platform… for most people.

Firstly, it isn’t cheap. If you’re already paying a Creative Cloud subscription, the cost won’t be an issue. But if you’re NOT currently a CC subscriber, you will be biting off a new ongoing minimum charge of $US21/month.

Secondly, Lottie was conceived as a clever way to ‘hack’ After Effects into making web graphics. While After Effects is an incredibly powerful tool, it’s designed to produce everything from Hollywood special effects to movie title sequences to 3D game cut-scenes to big-budget TVCs. There’s a boatload of stuff you simply won’t need or want.

If you are already an ‘After Effects guru’, by all means, leverage your hard-won talents and make amazing stuff. Likewise, if you’re a Windows or Linux user, After Effects may still be your most viable option.

However, if you’re currently a Mac-based AE novice, there’s an argument that using After Effects to make Lottie animations is like water-skiing from an aircraft carrier.

Sure, you can do it, but there are easier ways.

As I write this (2022), Haiku Animator appears to be a tragic victim of being the perfect product at the wrong time.

Launched in 2018, Haiku was built from the ground up as an ideal blend of design and code. The animation tools were rich and powerful and the UI was fast and sensible.

However, for me it was Haiku’s export tools that really set it apart from anything else, offering ready-to-use code for React, React Native, iOS, Android, Vue, and Angular, as well as traditional GIF and Video.

Sadly, development on Haiku began to peter out some time in 2020 as the team pivoted to another product. They officially open-sourced the Haiku codebase in late 2021. Apparently, it still works if you go through the installation process, but the prospects for future development and support appear shaky.

I only mention Haiku here in the slim hope that it has been revived by the time you read this. It was an excellent product (I paid for it) and is sorely missed.

Flow is arguably the logical heir to Haiku’s legacy – a nicely featured animator that delivers neat, production-ready Lottie code for a range of popular web and mobile platforms.

Incidentally, it weighs in at a tidy 88Mb installed on my MacBook, which is handy for anyone with space limitations (that’s me). Unlike Haiku, there are currently no Windows or Linux options offered.

Although Flow pitches strongly at Sketch users, it will work with practically any SVG file you provide. It was simple to import and sync my Figma files, and Flow even did a very creditable job at ‘smart auto-animating’ the tween states between two static SVG frames I gave it. It wasn’t a flawless import of what I had, but it was competent enough to be useful.

Flow doesn’t offer much in the way of built-in drawing/shape/text tools. Ultimately, this isn’t a big deal, since syncing between Flow and Figma/Sketch works very well, and this helps keeps the Flow animation UI sharp and uncluttered.

Flow offers excellent Lottie export facilities, but you will need to select one of the two higher-end plans to access it:

The ‘Code+’ tier lets you export Lottie for Web, although, slightly disappointingly, you’ll need to upgrade to the top tier Pro user plan to get access to Lottie for iOS and Android. That may or may not matter be a dealbreaker for you.

Flow isn’t the cheapest option – in the ballpark of After Effects – but it’s not expensive if you animate regularly. It’s an attractive, slickly-designed tool perfectly suited to creating and deploying Lottie animations at a reasonable price.

Keyshape is an excellent product with only two problems.

I admit I had low expectations when I downloaded Keyshape. The website screams ‘animation toy for hobbyists’, rather than ‘serious pro animation tool’. The modest pricing ($29) backs up that idea. It can’t be good at that price, right?

To my surprise, Keyshape turned out to be much better than I expected. It’s actually VERY good!

The Keyshape App install is a little under 100Mb on my Mac. The left side tool panel contains about a dozen basic vector editing tools – lines, rectangles, circles, text and the like. Though I suspect most of us would use Illustrator, Figma, or Sketch to create our vector artwork, it’s still useful to be able to make simple edits in your animator.

Keyshape lets you create base ‘symbols’ and then manipulate as many instances as you like.

The animation timeline runs along the bottom panel. Auto-Keyframing creates new keyframes any time you transform your artwork in the canvas view. Clicking on a ‘tweened’ section gives you access to different easing functions – including customizable cubic-beziers.

The righthand panel gives you fine control over any canvas object you select. As you might expect, that includes scale, skew, rotation, XY position and blending modes, but also lets you control SVG filters such as blur, drop shadow, contrast and hue.

Keep in mind that Lottie is not a default export option in Keyshape. You’ll need to install the free Lottie plugin for Keyshape to access this new superpower.

Keyshape doesn’t offer any component export facilities for React, Node, Vue, or any of the other popular dev platforms, so you may need to solve that part yourself.

It doesn’t attempt to ‘smart auto-generate’ the tween states between imported SVG keyframes like Flow does.

But generally there wasn’t anything else glaringly obvious I missed when using Keyshape App.

I enjoy animation in general and Lottie in particular, but the truth is, it’s not where I spend most of my work hours. I’d like to do more, but months go by when I might not touch an animation project. Do I really want another monthly subscription? Probably not.

For me, Keyshape seems like an amazing bargain for the power it delivers – even if it hide it well.

Attempting to put a single label on Lottiefiles.com is no easy task because they offer a lot. This includes an active Lottie community, a Lottie asset marketplace, Lottie tutorials, and Lottie showcase, preview and hosting applications. It’s fair to say, they’ve gone all in on the future of Lottie.

LottieFiles also offer a handful of simple Lottie editing utilities. These include:

Let’s be frank: It would be difficult to create complex work from scratch using the LottieFiles tools, but there are more than enough useful resources there to make it worth your while.

If creating lightweight vector animation takes up a lot of your time, Flow may be the most focused and complete Lottie development tool available. It has a crisp workflow and the export options are as good or better than most competitors.

If you already know and like Adobe After Effects, use what you know.

In my case, I enjoy animation, but that is not where I expend most of my work hours. Months may pass when I don’t touch an animation project. Do I really want another monthly subscription? Probably… not.

For me, Keyshape (at $29) seems like an amazing bargain for the power it delivers – even if they obscure it well. 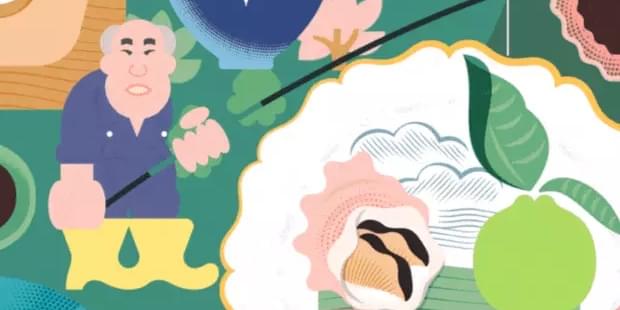 UI Design Inspiration: Do You Think About Your Textures?Alex Walker 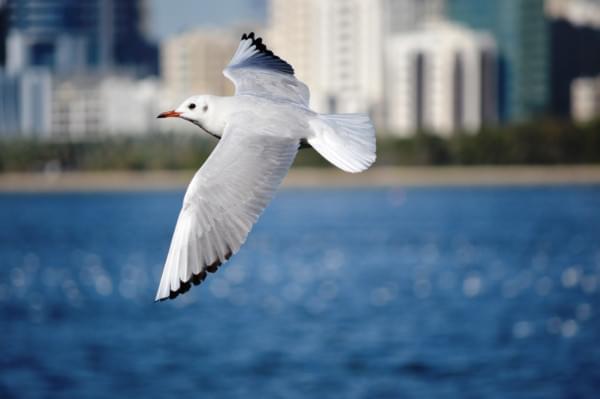