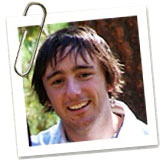 Tim Connor was the programmer chosen for the New Zealand team which completed the winning Rainbow Youth web site. He kindly shares his experiences with SitePoint.

Not as much as I should have! Most of my preparation involved investigating the technology choices and getting to know my team mates. The beer I had with Kate and Courtney and the full day with the team before the competition was ideal preparation from my point of view.

The only team member I’d met before FullCodePress was Courtney, but that was more social than professional. We were fortunate to get on with each other so well.

You chose BrowserCMS – a relatively unknown Rails-based beta product – as the content management system? What were the key factors that influenced your decision? Did it cause any problems or limitations?

I’ve been working with Rails for a while so I had a bias towards anything Rails-based. I’d heard good things about BrowserCMS and played with it during my preparations. My initial preference would have been to not use a CMS but, following our meeting with the clients, it was clear one would be required. We could have gone with WordPress or another PHP-based solution, but as I’ve never used PHP that wasn’t the best idea!

I don’t think BrowserCMS caused the team many problems but I struggled a little. The product uses Rails rather than complementing it; “the Rails way” and my usual methods of working were not always suitable.

I used Textmate for code editing and Git for source control. I ran a local MySQL database which we used during development.

During the main hours of CeBIT we discovered that our Internet access was almost useless, so I ran a complete environment on my laptop which the rest of the team could access.

There were two big challenges: the limited time and staying awake. We had just 24 hours to build the site and a significant amount of time was spent in a less than ideal state of mind! 3am to 7am was not happy for any of the team members.

The clients. Clint and Daniel were fantastic, helpful, and easy to work with. They stayed with us throughout the night and made our job much easier.

Very much so. Clint and Daniel started with an enormous list of requirements, so we needed to prioritize. Even the features we implemented had to be simplified — for example, the donation process could have been seemless, but there was not enough time. Despite that, we created as many features as we could.

Despite your victory, in which areas did your competitors beat you?

I think that the Australian team managed the scope of their project better. We pushed to get many features implemented, but perhaps we should have concentrated on the core requirements more. The Australian site appears to be clean and finished.

I might have ditched the CMS and rolled our own. With Rails, I could have easily built a simple CMS to match the client’s requirements. BrowserCMS is fully-featured but quite complicated and may be difficult for the clients. I’m considering writing a custom administration interface to simplify the web site maintenance.

I learnt that I get a second wind at about 7am, but I can’t see myself using that in my day job! I reaffirmed to myself that I don’t like content management systems!

Certainly. I had a fantastic time, made some great friends, and I’m sure the rest of the team feel the same way. We are hoping for an 07 vs 09 competition in Wellington so we can take on the previous champions.

Tim Connor is a web developer based in Wellington, New Zealand. He has a long background of enterprise software development in a range of industries including banking, government and online gaming, in both New Zealand and the UK. Nowadays he works as an independent IT consultant specializing in Ruby on Rails. If you would like to talk to Tim regrading consultancy or web development work, he can be contacted at info@connorsoftware.com.