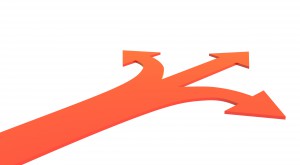 In the first article, we examined why the fork() system call is useful and where it fits into the grand scheme of things. We saw that by passing a block to Kernel#fork or Process#fork it is possible to execute arbitrary code concurrently (or in parallel if there are multiple processors). In addition, we saw that although forking is relatively expensive, it can compete with threading if the Ruby implementation doesn’t squander Copy-on-Write optimization.

Unfortunately, if a method is called in a fork, any data that it produces will not be available to the parent process, due to process isolation. What we need is a conduit through which we can pass data between processes. Here, in Part II, we’re going to cover some interprocess communication mechanisms as well as more ways that you can utilize fork.

The code in this article is available at github.

Pipes enable data to flow in one direction between a pair of file descriptors. Since forks inherit open file descriptors, pipes can be used to communicate data between parent and child processes. Creating a pipe in Ruby is easy with IO#pipe.

Here, writer will only write, and reader will only read. Sounds simple, but unfortunately there are some nuances. If you want to use a pipe more than once, IO#puts complemented by IO#gets is the simplest way,

Pipes communicate data using byte streams, so they need delimiters to know when to stop reading data. IO#gets reads until it receives a “\n”. Unlike IO#puts, IO#write does not automatically append “\n” to data, so a IO#gets followed by a IO#write will block indefinitely.

Unlike IO#gets, IO#read will wait indefinitely for EOF. IO objects signal EOF when closed, so you will only use IO#read for one-time writes.

Ok, so how would we connect a pipe between a parent process and one of its children? Thanks to the fact that variables and file descriptors will be shared, we only need to create a pipe once. However, since the fork will copy both ends of the pipe (reader and writer), we need to pick two extra ends and close them. Here is how you would send data from a child to parent.

You can think of UNIX domain sockets as pipes with two big advantages:

Unlike regular sockets, they can only communicate data between two points on the same machine, using the filesystem as their address space. As a result, they can be very lightweight, making them a good fit for interprocess communication.

Both pipes and UNIX sockets have a couple of downsides:

We execute code on remote machines all the time, but we do it through quite a bit of indirection. For example, let’s say you go to a web address like http://searchforallthestuffs.com/search?q=ponies. Your request hits a router which sees the route you specified and passes the arguments to the corresponding controller, which then executes the code associated with that route (generate an html view, JSON, XML, etc).

If your goal is to execute code remotely, this…kinda sucks. Every time you add a new feature, you need a route in place and perhaps a new controller. That’s a lot of overhead just to add a method to a class.

Distributed objects let you execute code remotely, but with an object receiving the message rather than an address.

Since low-level communication constructs like pipes and sockets transfer bytes, not objects, you will need to encode your objects into a byte format — i.e. serialize them — in order to move them across the process barrier.

Fortunately, Ruby ships with Marshal which can serialize most Ruby objects.

From Ruby-Doc.org: “Some objects cannot be dumped: if the objects to be dumped include bindings, procedure or method objects, instances of class IO, or singleton objects, a TypeError will be raised.”

If you can move objects between process, then you can execute a method in another process and get the result back in the original. This effectively enables asynchronous method execution.

Here, I have a module called Forkable that gives a class the ability to execute methods in parallel. The only thing that is different from before is that the pipe is read from in a new thread, and what comes out of the pipe is yielded to the block.

Cod is a library that aims to make IPC easier in Ruby. In the previous section, I demonstrated how to serialize objects for transfer across byte-transmission mechanisms like pipes or sockets. Cod takes care of this for us. It uses higher-level IPC mechanisms it calls channels. Not only do channels not need to be closed on one end in each process, but they can also transmit Ruby objects. A channel is created in Cod (however oddly) with Cod#pipe.

The cod gem does more than I can cover here (for example, it has beanstalkd integration). The website has a lot of examples, so definitely check it out.

Let’s look at a common example of forking in practice: servers. Some servers that use forking to achieve parallelism include:

Specifically, forking servers generally use pre-forking. The concept works like this: forking a process might be cheaper than copying one, but it’s not free. Since running a web server generally consists of opening and closing lots of short-lived connections, it might not be a good idea to wait to create a new child process until a new connection is accepted. Instead, we can go ahead and fork a few times and let the forks wait for connections. You will often see this described as running a “pool of processes.”

If you run this code, you should be able to connect on 3 separate terminals.

The parallel gem provides the ability to achieve parallelism in CRuby (MRI) without getting into the nitty-gritty of forks and IPC. Here is a quick way to spool up all of your CPU cores with parallel.

SitePoint already has a great article about the parallel gem that explores its inner workings (at least as of 2011).

Programmers often avoid looking at source code out of fear of it turning into a massive time sink. The parallel gem, however, is a fairly small, one file library. There’s a great opportunity to learn and contribute.

Even as other interpreters (JRuby, Rubinius) operate freely without a Global Interpreter Lock, a process-centric approach to concurrency is still useful. The more vertical an approach to scaling is, the more limited it will be. Running multiple threads on multiple cores might be more horizontal than increasing clock speed, but it is still more vertical than running multiple machines. Running 100 single core instances is more granular than running 25 quad core instances. Thinking in terms of processes sending messages enables you to embrace that kind of granularity. It won’t be easy, but once it works with a cluster of 10 instances, why not 100? Or 1000? Why not have 500 on one provider and 500 on another? They’re just processes sending messages.

Spending a bunch of money up front on resources you may or may not use represents the old way of thinking. Why buy more than exactly what you need?