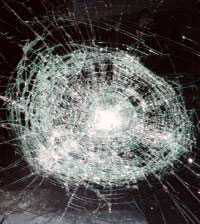 You may have read this morning about the new blog network from widget platform Widgetbox. The product sounds pretty cool — a vertically channelized widget that shares content between the 200,000 blogs in the Widgetbox network representing 64 million monthly unique viewers. The only problem? You weren’t supposed to read that news until tomorrow.

News of the Widgetbox blog network was under embargo until 1pm PT on Friday. Unfortunately for anyone who was pre-briefed under embargo, TechCrunch published a post about the story at 6am PT on Thursday. Yes, they broke the embargo by a full 37 hours.

There’s a chance that this wasn’t TechCrunch’s fault — they apparently ran into Widgetbox CEO Will Price at an event and the embargo time might not have been clearly communicated to them. I’m willing to give Jason Kincaid (the TechCrunch writer) the benefit of the doubt, but still, the result is that I and anyone else who was pre-briefed by Widgetbox last week has been left out in the cold. Now, a good portion of my readers have probably already seen this news come through their feed reader a full day and a half earlier than I expected.

So I have two options: I can either drop what I’m doing and rush to finish my post so I can get something up there at near the same time as the publication that broke the embargo. Or I can just swallow the story and skip it completely. Neither is very attractive. Either I have to rearrange my life to pump out a lower impact post, and rush it, so it will likely be of lower quality, as well. Or I can skip the post altogether which means less content on my site and that the 40 minutes I spent being briefed last week was a complete waste of my time.

Regardless of whose fault this one was, the key takeaway is simple: when embargoes are broken, the embargo process doesn’t work. And it’s also detrimental to everyone involved — I now have a slightly less favorable opinion of the company, PR firm, and blog that broke the embargo, because it’s really hard for me to tell exactly who messed up; I just know that someone definitely did.

So the lessons are here:

Again, it’s really hard to know exactly what happened in this specific case. But the bottom line is that everyone who was pre-briefed last week was burned this morning when for whatever reason an embargo was broken. The embargo process is very useful (for reason’s why, see this post by Allen Stern or this post by Marshall Kirkpatrick). But the entire process breaks down when someone breaks the rules — so don’t let that happen.

Update: It’s hard to know what happened — unless the CEO emails you to clarify. Will Price from Widgetbox dropped me a nice email to let me know what it was his fault that the embargo date wasn’t communicated to TechCrunch and not Jason Kincaid’s fault or PageOne PR’s fault.

So that’s Lesson #4: If you do screw up, own up to it and let everyone you talked to know that you messed up. That will go a long way toward repairing their perception of you. So kudos to Will Price for that.