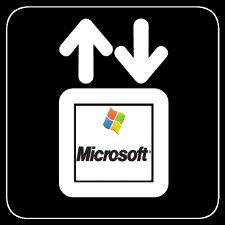 Microsoft just announced Elevate America, a program and a new website geared to help job seekers hone their technical skills. The site allows users to access several of Microsoft’s beginner training programs like “How to use the Internet”, along with more advanced programs leading to Microsoft certification. As a broader initiative, Elevate America engages state and local governments to help retrain displaced workers in IT skills. Nearly 4 million jobs have have been lost since the recession started. Making It training and certification more available is one way Microsoft and others can at least raise hope.

This news coincides with the National Governors Association meetings in Washington. According to the press on the Microsoft site, the first states to provide Elevate America to their residents will be; Florida, New York and Washington. In light of Microsoft’s own cutbacks, one has to wonder if Elevate America is more of a PR move than a true initiative. Regardless of its intended PR value however, the scope of help offered to under-trained individuals is much needed. 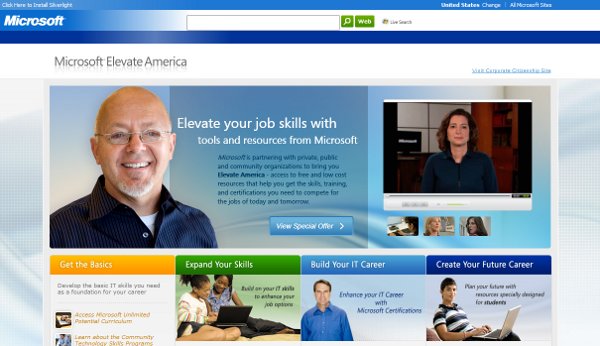 According to Microsoft’s own press, the company will be providing over 1 million vouchers for access to their eLearning courses and some Microsoft certification testing. Other intermediate goals are also revealed:

The Elevate America site is a wealth of information resources. From basic IT skills to certifications, if nothing else, the new site offers a starting point for engaging new It professionals with intermediate level training and testing. The site links directly to Microsoft’s learning data base, while providing extended discovery capabilities and information about Elevate America’s current and future strategies. 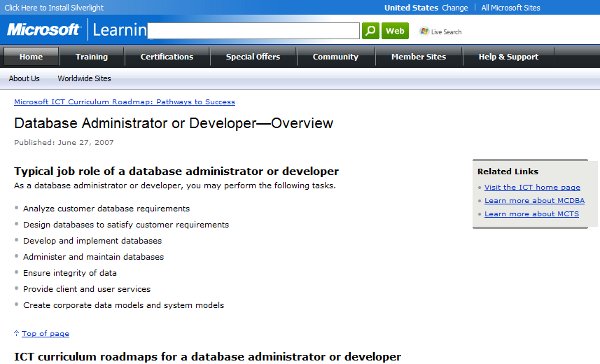 Microsoft has already had in place any number of initiatives on a worldwide scale. Whether Elevate America is a hurried creation to direct at problems in the US or not, interfacing with states and other corporations can only be helpful to people in transition. The company’s Unlimited Potential outreach, though obviously market centric, is now employed with the Elevate America program as well. The biggest advantage of the Elevate America site is in it ability to center all Microsoft resources for people, it makes a great hub. 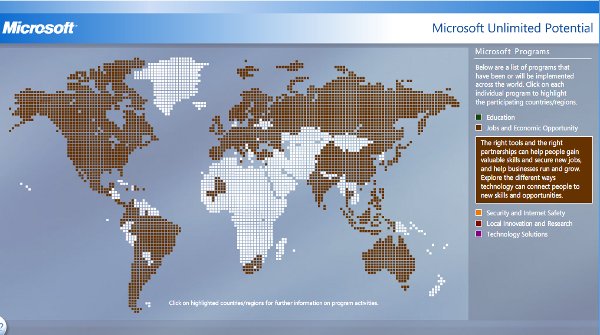 Altruism Or Not – People Need Training

As others have suggested, training future MS certified workers is in the corporation’s best interest any way. But, in the end, the motivation doesn’t really matter does it? In providing great resources, needed MS certification incentives, better access to a great knowledge base, and potentially much wider involvement, Microsoft is once again leading. In the absence of a more ambitious program by a major US corporation, MS is at least elevating IT trainees.

On Code and CommunityUna Kravets

How to be a Great Online Community MemberSarah Hawk