The Dollar ReDe$ign Project is an open submissions project organized by New York designer Richard Smith to rebrand the US dollar. The concept behind the project is “that the ‘only’ realistic way for a swift economic recovery is through a thorough, in-depth, rebranding scheme – starting with the redesign of the iconic US Dollar.” Designers from all over the world have responded to the call and as is the case with many design competitions the quality ranges from the ridiculous to the sublime.

Looking through some of the entries, it’s a case of goodbye greenback, hello purpleback, yellowback, and redback. Here’s a selection of submissions from 2010.

“The future is now” by Jon Stefaniak. “So naturally I turned to Old Glory for inspiration, only to find an instantly recognizable color trio, the good ol’ red, white and blue.”

“Money Maker” by Lee Willet. “The characters on the bills represent a diverse array of Americans who made significant contributions to the development of our country.”

“Creed or Greed” by Jonathon Miller. “I used the official American creed on all the bills. I think it is a good reminder of what this nation is all about.”

“American Icons” by Matus Benza. “When I was redesigning the American bank notes, I wanted to create a series of 21st Century, very sleek, modern-looking banknotes, which would not resemble Monopoly money or supermarket coupons.” 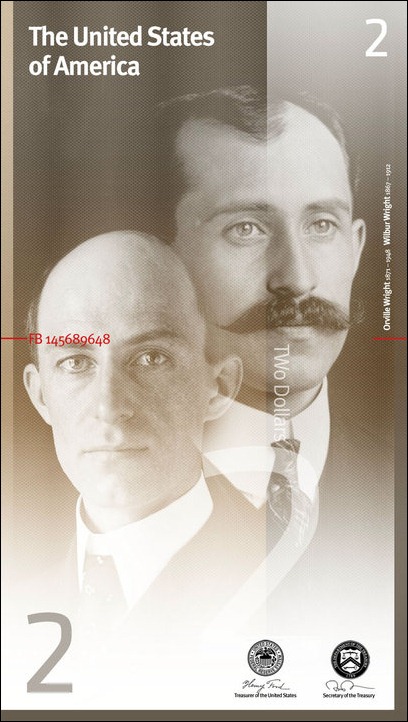 “Girl Power” by Magen Farrar. “”Despite representing half the human population, women have been struggling with discrimination and suppression for far too long. I wanted to take this opportunity to commemorate some of the most influential American women of the 20th century – Amelia Earhart, Jackie Joyner-Kersee, Rosa Parks, Eleanor Roosevelt, Marilyn Monroe and Maya Angelou.”

“Relative Value” by Duncan Dowling. “We have kept the width the same as the existing dollars. However we have changed the size of the note so that the one dollar is shorter and the 100 dollar is the longest. When stacked on top of each other it is easy to see how much money you have.” 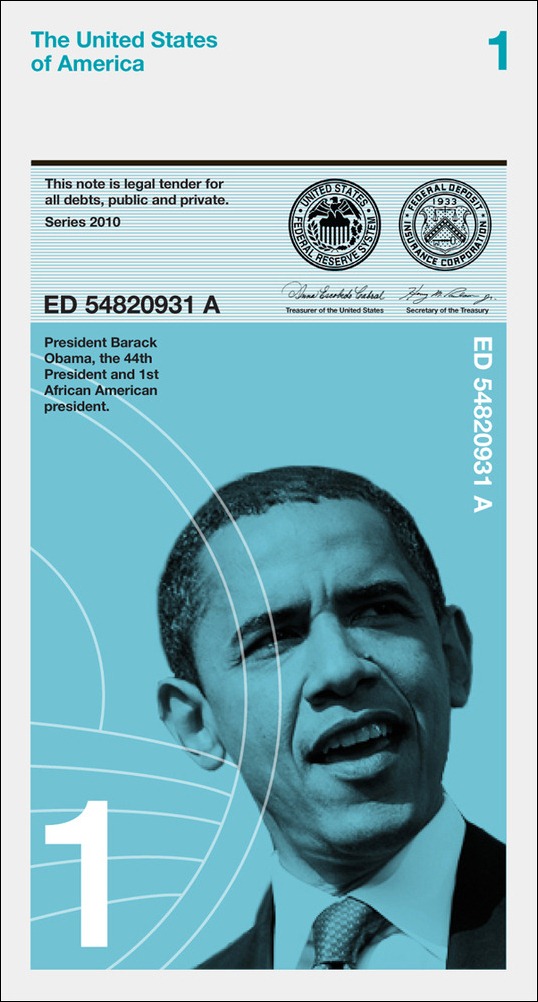 You can enter your own design here and can see all of the submissions here and vote for your favorite one here.

On a related note, there is an interesting article here on The Atlantic web site in which Pentagram designer Michael Bierut discusses the best and worst currency designs from around the world.

What do you think of the designs featured here? Would any of them make a good US Dollar design?