Android is the world’s most popular operating system for smart phones and tablets. In the 3rd quarter of 2013 81% of smartphones sold were Android based.

Hundred of thousands of apps are available for Android on the Google Play store and on unofficial websites. Sometimes if you install an App on your Android device, you will be prompted by a message asking for Root access permissions to install and run the App.

For example if you wanted to record the screen of your Android device as a video file, there are apps available, e.g. SCR Free, however to run this app you need root access.

Rooting is a process of getting full Administrative control off your Android device. After rooting your device you will be able to perform any administrative action, such as uninstalling many pre-installed apps that you never use.

As an example, on Windows there are different user roles such as Administrator and Guest. A Guest user has limited access and cannot access password protected files, folder and settings. A user with an Administrator role have full access.

Advantages and disadvantages of rooting Android

Many countries have laws about rooting, rooting is illegal in some countries such as the USA. Make sure it is legal in your country before rooting your device.

The Free Software Foundation in Europe argues that it is legal to root or flash any device. In the United Kingdom the Copyright and Related Rights Regulations 2003 makes circumventing DRM protection measures legal for the purpose of interoperability.

India’s copyright law permits circumventing DRM for non-copyright-infringing purposes. While New Zealand’s copyright law allows the use of technological protection measures but only for legal use and does not allow copyright infringing.

Why is this? According to Wikipedia it’s primarily related to DRM (Digital Rights Management) regulations:

Rooting a device involves circumventing its technological protection measures (in order to allow root access and running alternative software), so its legal status is affected by laws regarding circumvention of digital locks, such as laws protecting digital rights management (DRM) mechanisms. Many countries do not have such laws, and some countries have laws including exceptions for rooting.

How to Root Android ?

There are many ways to root Android devices, I am going to show you an easy and simple method.

Kingo Android Root is a free app available on Windows for Android rooting, go to kingoapp, download and install the application. After installation, connect your android device to your PC via a USB cable. 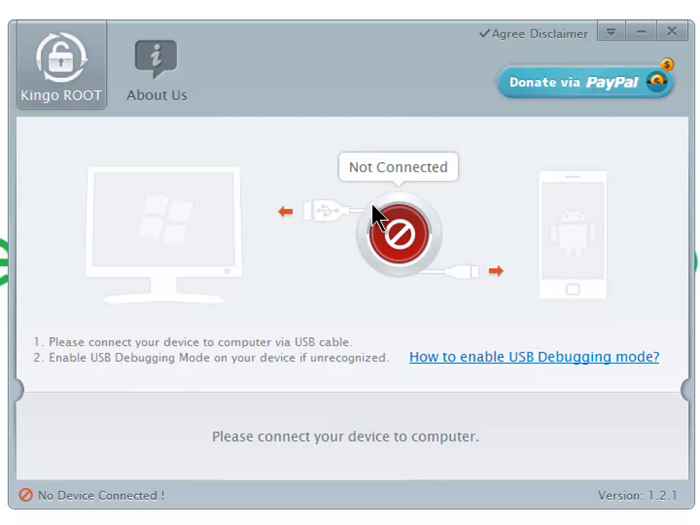 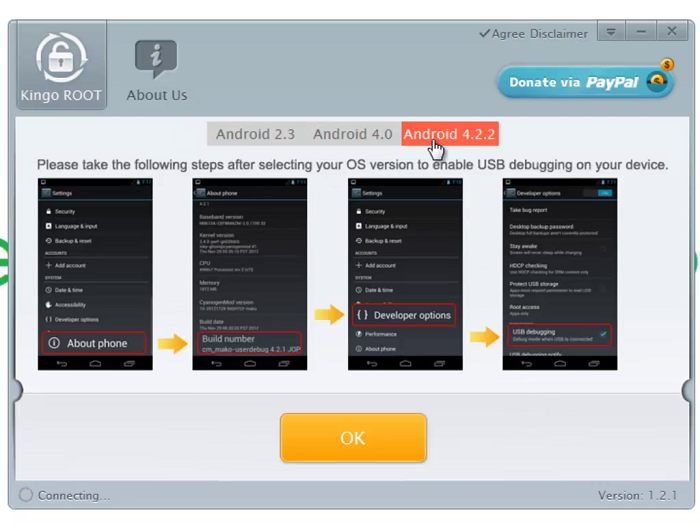 When your device is connected, Kingo app will download necessary device driver software. This may take several minutes. 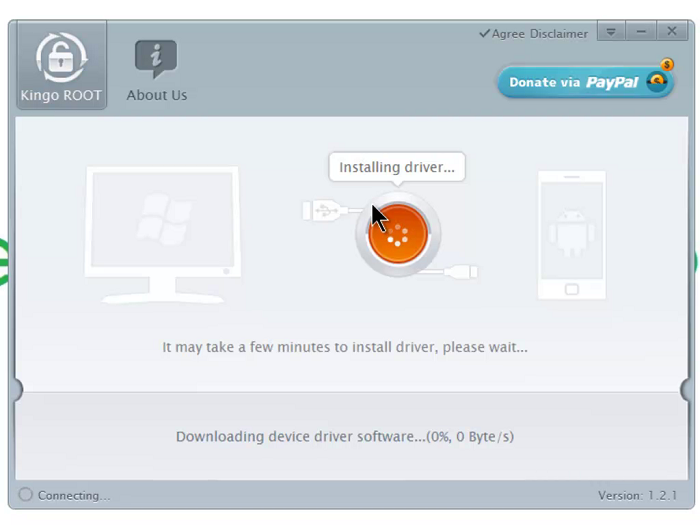 Here is screen shot of when my Huawei phone was connected. 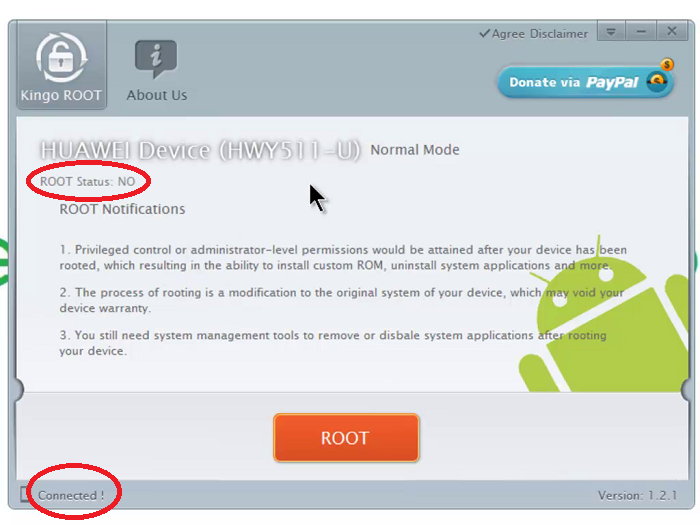 When you are ready click the Root button to start the process, it may take a few minutes to complete. After rooting you will see a Root Succeeded message.

After rooting your device, it will restart, if you see any errors such as “launcher has stopped” and a black screen, wait for a minutes or two. If nothing works then just restart your device and every thing should be fine.

After Rooting my Huawei Y511, my screen went black, I waited a few minutes, restarted my phone and everything started working.

I feel that you own your device and it’s up to you what you do with it, but make sure you don’t violate the laws of your country and understand the disadvantages of rooting.

I was able to install and use new apps and features of Android 4.4 KitKat and it wasn’t a bad experience for me, I’d love to know how you find the process.

Tahir Taous is founder of Just Learn WordPress, a training site where you can learn how to create and manage websites with WordPress, WordPress essential training, theme development courses free video tutorials and articles.