This interview has been republished from Versioning, SitePoint’s daily subscription newsletter helping developers stay up-to-date and knowledgeable by offering curated links to the essentials in front-end, back-end, design and UX, news, business and more. Learn more and sign up here.

Bruno Skvorc is a blockchain and Solidity developer and consultant. A former web developer until JavaScript “drove him away”, he now exclusively works on smart contract auditing, development and consulting/training at Bitfalls.com. He also owns Coinvendor.io, an onboarding platform for crypto enthusiasts.

When he’s not immersed in all things blockchain, he tries to make time for VR, gaming and hiking. His goal is to retire by 35 so he can become a proper gamer again. Add him on Steam or Oculus: ID: TheSwader.

1. Which tech idea or trend excites you the most at the moment?

I don’t care much about the investment side or speculations, more the web 3.0 blockchain side of Ethereum, the decentralized, censorship-free web.

I love the tech. I’m looking forward to being deeply involved with it and building indestructible applications of the future.

I love being in on the ground floor. As someone who physically couldn’t be involved with the dot com boom (being too young and also in what was basically a 3rd world country [Croatia] at the time), I’m thrilled by the prospect of being able to make my own name in a brand new space that’s just getting off the ground. Very rarely does someone get the chance to hit the ground running in a brand new industry so I’m very excited about the endless possibilities where it might take me career-wise.

The quick buck is always at the back of my mind. It really is still a venue for quick and easy money if you know what you’re doing, so a lot of us are going to retire early.

3. Do you remember when you first learned about blockchain? What captivated you?

I heard of Bitcoin some time in 2013 I think, maybe sooner, but didn’t think much of it, didn’t technically impress me. Still doesn’t. But then in 2014 when I heard of Ethereum things kind of became very interesting due to the promises they were making. That’s when I was drawn into blockchain as opposed to cryptocurrencies.

4. What are the promises and potential of Ethereum specifically?

Ethereum itself which is a worldwide CPU. Its underlying EVM (Ethereum virtual machine) powers the calculations of smart contracts (decentralized apps – dapps) by executing the instructions globally, on everyone’s computer.

Swarm, which is a protocol for decentralized file storage. Many solutions are being built on top of that and it’s under heavy development.

Whisper, which is a protocol for exchanging messages on the Ethereum blockchain without persistence, so no transactions needed, free but temporary communication between machines.

Once the three parts are complete and scalable, we’ll have a self-funded world-wide computer that powers indestructible global decentralized applications.

5. How exactly will that make a difference?

If the three parts of Ethereum develop fully and successfully as planned, then we’ll have a world-wide computer powering our apps. But we still need ISPs to transfer traffic and DNS to resolve domains, yes? No. Ethereum uses enodes to find other nodes. If you give a node on a network an enode address to another node, it will connect without an ISP or DNS in the middle needed to translate.

The magic of it is that nodes connecting via enode automatically have access to all nodes connected to the node they are connecting to, which means a viral spread of any blockchain as soon as a few connections are made – even in local networks, just via IP. This means we can technically run things offline, as a mesh community, just based on connection hops from one node to the other. The implications of this is that an Ethereum blockchain can run in an offline world just as well as it can in an online environment, as long as there are enough nodes connected.

This is what excites me. The censorship free, government-immune world server that’s almost impossible to bring down. Not being beholden to an overlord lets you get true freedom of speech – the digital kind.

Right now if you publish something dissenting it’s liable to be taken down by the overseeing entity. See Turkey’s blockade of social media during riots, or China’s Great Firewall.

Being able to publish any content and have irrevocable proof that you were the first to publish this, and at the same time have it be immune to infrastructure attacks, is priceless. Naturally, this lends itself to too much freedom as well – illegal content on the web and whatnot, and that’s a problem that needs to be tackled separately.

6. OK then! Which tech idea or trend is overrated, and why?

People think it’s some kind of magic silver bullet for all infrastructure problems in the world. It’s not. It’s getting shoehorned into projects just to manufacture some hype for them.

It’s a very bad, very expensive, very slow global database. Literally everything blockchain can do, all current databases do much better. Where blockchain shines, in particular Ethereum, is the ability to distribute computing power and provide us with the infrastructure for the new internet – one where we won’t depend on DNS for IPs, ISPs for content etc.

Virtually every ICO today is a promise that already exists in some form, with blockchain tacked on for hype. For example, people keep quoting supply chain as needing blockchain. As in, you’ll be able to use the blockchain to immutably trace where each item of food or clothing came from if it’s all logged in the blockchain during the production process.

But any process which still keeps humans in it is 100% fallible. If we put blockchain-based sensors onto frozen food packages in transit which report to the blockchain as soon as a sensor fails so it’s immediately known which food is potentially tainted, and a driver’s performance bonus depends on his success ratio, when the air condition in that truck fails do you think he’ll let sensors dock his pay, or will he stop by the closest gas station, buy ice, and put them straight onto the sensors so they keep ticking?

The gambling industry is another example. Gambling is just not an industry that needs a blockchain revolution. Yes, you can use blockchain to have provably fair gambling, but there are other ways to go provably fair without exposing yourself to the risk of bad randomness present in the blockchain. Dentists definitely do not need their own token and neither do dating apps. In fact, I’d go as far as saying blockchain can only hurt the latter, but hey, ICOs are just too good an opportunity to grab a quick buck and everyone’s going for it.

7. Describe (or link to!) something cool you built, designed or produced recently. Why are you proud of it and how did you build it?

Socially, I’m very happy with my conference, Blockconf.io. It was my first organized event and it was a rousing success. Loved every bit of that nightmare.

Code-wise, I’m super proud of Coinvendor.io which is exiting beta and getting a design relaunch soon. It’s a platform for easy onboarding into crypto – legally buying crypto from any part of the world, delivered directly to a crypto address.

To build this, I rolled up my sleeves, learned some Symfony4 and refreshed my PHP knowledge and dove right in. Having been in PHP for 10 years helped a lot, and having good contacts in the community – in particular the core development team of Symfony – helped me flesh the app out virtually over the weekend.

8. What’s the best tech thing you watched recently, and why?

The “Do You Trust This Computer” documentary about the dangers of AI. Important watch considering where we’re headed with the technology.

9. And the most interesting/funny off-topic link you’ve sent to a friend?

This terrible and hilarious/depressing video about humanity failing so much at living on the only planet that provides them with breathable atmosphere that they destroyed it and then invented a mask to be able to breathe again.

I do like the confused Travolta gif, I find it very relatable.

More Versioning interviews every week, or subscribe to get them direct to the your inbox, plus a lot of other essential content 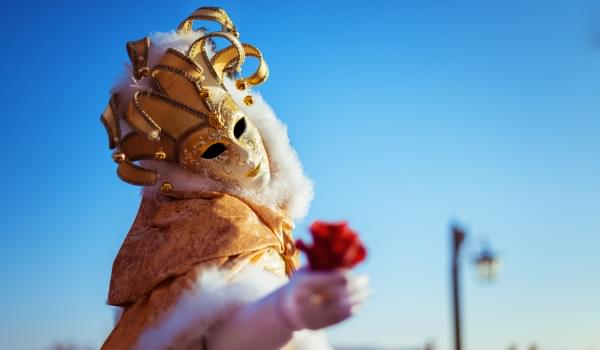