Who needs bad apps? Obviously, nobody does.

Software owners don’t want their apps to be bad. App users wouldn’t like to have bad apps on mobile devices. No software company that values reputation wants to produce bad apps. Then why do bad apps exist at all? Every mobile user has come across an app they have called “bad”. Why does it happen? Who is to blame? And how can it be avoided?

What Makes an App Bad?

Let’s define what a bad app is – in the users’ eyes. Software is bad when it doesn’t meet their needs. It simply doesn’t do what it’s intended. Any kind of software serves a particular set of tasks, solves particular problems. Any piece of software has an intended audience – an audience of certain country/countries, age, gender, spheres of interest. If the requirements are defined without taking the user audience into account, just to satisfy the likes of the product owner, it is highly likely to fail.

A bad app may not fully complete tasks. It may generally work well, but fail in some crucial points. For example, there may be problems with an inconvenient user interface. Users will simply look for another application that will do better. Users do often leave their suggestions about app improvements in feedback (reviews on application stores), and the software owner must check each one – it may be a recurring issue that makes the app worse. The software owner should choose to fix it before bad reviews drive people away from the application. Regular fixes are performed by maintenance, which is vital for almost any application.

Speed of work and security of the software is high in users’ values when rating an app. Good applications cannot cause any harm to users or their confidential data. A bad application is built without proper communication between the product owner and the development contractor.

Good software can be created when its owner has enough time to discuss every issue with the development contractor, whether freelancers or in-house. It may be better to outsource to a company for a project to be started from scratch. It is more expensive in terms of costs but may be more reliable. And of course it will save time.

After the deployment on the store (or stores) there are always issues (read: bugs) that must be eliminated by the aforementioned maintenance. Bugs are inevitable: software owners must be ready for the fact that now and then apps face problems with compatibility of devices, OS versions and third-party APIs. That is the most common issue for Android applications, due to the diversity of devices and versions. But any popular application faces regular updates and bug fixes. If all this is absent, the app will become outdated and irrelevant – in one word, “bad”.

Who is Responsible for Making The App Good?

The answer is: everyone. The software owner, developers and, to a lesser extent, users.

Users are ones who have the real requirements, and the software owner is the one who sets them for developers. The closer they are to each other, the more chance there is to create a successful mobile application. In fact, the greatest responsibility lies on the shoulders of the software owner, who must realize and study the whole life cycle of the software. The software owner must know about the possible complications, must be ready to avoid or mitigate certain risks, be flexible, and of course the most important thing is to find a good professional team of developers.

To make the software good, the product owner also has to consider these basic points:

As for good developers, they mustn’t aim at more lines of code. Their work is creative. Many software companies state that they offer creative and individual approach to projects. In fact, every custom project is highly individual and creative. No developer needs to make an application buggy. Mistakes usually concern lack of experience or attention. To check the app’s “goodness”, there is testing. Development companies usually tend to have their own departments of quality assurance. Testing checks the standard scenarios and tries to cover as many of them as possible. The purpose of QA is finding the limits of app’s durability.

The co-operation between the software owner, the development team and the audience of users can find the balance of making a good application that will be able to struggle for success. The rest of the work is improvement and maintenance which will keep the software relevant and competitive.

Let’s work together, and rid the world of bad apps.

Oleg Lola is CEO at MobiDev, an offshore software development company specializing in mobile applications (native and cross-platform) and web development. A business manager and a mobile developer, Oleg has a seven-year experience in the IT sphere. 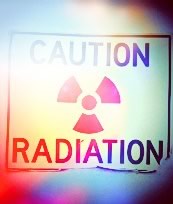