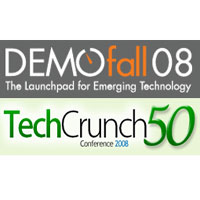 Last year, I was writing for a publication that covered both the DEMO and the TechCrunch50 conferences. At each, half a hundred startups or more launch, and covering them is a hectic affair — very often the best end up slipping through the cracks when you’re presented with so much information so fast. And it always felt like, out of necessity, many of the reviews we wrote of the startups launching at those events were half-assed — we were more concerned with covering as much as possible as we were with writing quality critiques of the startups launching. And that wasn’t really our fault: there were just too many startups coming down the pipeline at once.

This year, TechCrunch founder Mike Arrington’s personal vendetta against DEMO, which he calls payola, led him to schedule his conference at the same time as the other. The result is even more information overload for journalists and bloggers. Not 50 companies launching in 2 or 3 days, but over 100.

I made the decision this year to step back and not try to cover every single startup coming out of DEMO and TC50. Instead, I’ll keep an eye on what’s being launched there and I’ll pick out anything extraordinary for a closer look later. From my more outside view, I’ve noticed something: the conferences don’t seem to be generating that much press for the startups presenting at them.

The TC50 conference has just 2 headlines, and only one is specific to a startup. The first headline comes five stories down the page. DEMOfall has just one headline on that page, that I can see.

There were 7 headlines related to the conference, including the second and third stories on the page. (DEMOfall’s first day last year was overshadowed by rumors of the Microsoft investment in Facebook, and Amazon’s launch of their MP3 store.)

Search volume is also down according to Google trends for TechCrunch50 this year, and has been declining for Demofall the last couple of years.

So, press coverage and interest has seemed to dip this year. That is perhaps due to there being twice as many startups to cover; many journalists are probably opting to be more picky about where they place their attention.

So what’s the point of DEMO and TC50 if the press coverage isn’t there? The answer is that both are platforms to pitch directly to investors, advisors, and potential acquirers — all of whom attend both. CrunchBase has a page that keeps tabs on the companies that presented last year, and the majority have since raised considerable funding, while two have been acquired (most notably NLP search engine Powerset, which was bought by Microsoft last spring).

When you factor in cost to attend for startups, since neither seem to drive a ton of press anymore, TechCrunch50 (which is free for startups) starts to sound like the better deal. But only if you’re looking for funding. Neither seem like they’ll be any better at acquiring users than any other time you could pick to launch (and might be worse, given the increased levels of startup noise during the events).