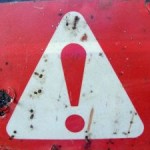 What are you most looking forward to in 2010, and the future? There are a few areas I’m keen to keep an eye on — I suspect they’re going to be a huge part of our lives as developers in the coming years, and if you miss the boat, you’ll be missing out on some big opportunities …

One of the easiest ways to get the jump on your fellow developers is to keep a close eye on upcoming versions of your favorite browsers. Here are three important browsers to watch:

Mobile is Everywhere — Jump On Board Now!

In 2010, it’s definitely fair to say that any developer who wants to keep up to date needs to be concentrating on building their mobile development skills. Mobile web access is absolutely booming in popularity, and Mobile Safari (as used on the iPhone and iPod touch) garners a massive share of developers’ time and effort. Pundits are speculating like mad over what could appear in the next version of the iPhone … OLED screens? Embedded RFID chips? Front-facing cameras? And that’s nothing compared to the sneaky peeks and previews of the Google Phone, and Windows Mobile 7 should appear in late 2010 too.

Of interest to we web developers, though, is mobile web browsing, which is absolutely booming. If you’re yet to brush up on your mobile web development skills, now is a really great time to jump on board before you miss out on some amazing opportunities. Of course, Mobile Safari garners a great deal of coverage in blogs and the press, but if that’s all you’re concentrating on, you might want to broaden your horizons a little — there’s a lot to love in the latest beta of Opera Mobile version 10.

What’s interesting about Opera Mobile 10 is that it’s the first browser with the latest version of Presto 2.4. There’s a nice introduction to what’s inside Opera Mobile 10 on Dev.Opera, and it reveals that we can look forward to some slick new CSS3 treatments, remote debugging with Opera’s Dragonfly tools, and good use of @media rules for mobile-specific development.

Opera comprises over 40 million mobile web users, which is a huge slice of the market. It’s well worth looking into it now.

Social Media Will Rule the World

Okay, that heading might be a little bit of hyperbole. But if you’re out there in the market, you’d better have a good understanding of how you can best use social media and integrate that into your projects — because social media is a must-have element for anyone doing business online.

The good news is that major social networks make it stupendously easy to interact with their members, pull out tasty data, and create sweet widgets. Here’s a selection of interesting places to start:

So these are three of my must-watch topics in 2010. What’s exciting to you in the coming year? What are some of the trends and issues that developers absolutely must get to know now?