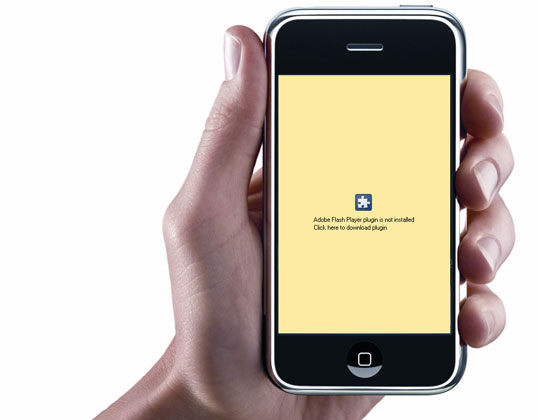 Today is a significant day for the design industry: news that Adobe has discontinued work on its mobile Flash player in favor of a new focus on HTML5 leaked out of the company today, with an official announcement expected tomorrow.

Those of us in the design and technology industries knew it was just a matter of time. Anyone who won’t admit that Flash’s days are numbered hasn’t been keeping a close eye on the industry. Many point to Apple’s stubborn refusal to support Flash as the death knell for the platform, but it’s not a stretch to say that it was heading towards a gradual end even before that.

It’ll take time for the effects of this move to filter down, considering many mobile companies have licensed the technology and will continue to support it for as long as it remains — and I try to say this without too much sarcasm — stable. But even for Adobe, who have defended Flash and its place on the mobile web time and time again over the past few years, this wouldn’t have been a sudden turnaround. They saw this coming as well as anybody else.

Evidence of that is their recent acquisition of Typekit, which is a service on the forefront of improving design flexibility on the web. The service, along with an increasing level of support for webfonts in major browsers, has made that limited palette of web-safe fonts we all struggled with for decades seem like a problem from yesteryear.

And let’s not forget that, way back in March, Adobe made a lot of noise by releasing a Flash to HTML5 converter.

It looks like AIR will receive as much focus as ever, but for the most part Adobe is said to be investing more in HTML5 than ever before, most likely referring to authoring tools for HTML5 features such as Canvas.