Why Windows 7 Will Revolutionize Your Browser Testing 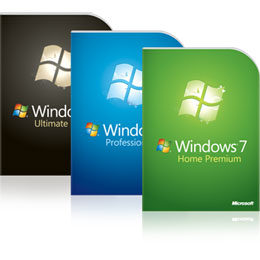 I’m sure there are developers who love nothing more than testing their carefully-crafted application in 57 varieties of web browser. The long winter nights must fly by. For the rest of us, browser testing is a necessary evil made even more painful by Internet Explorer. Thanks to a Microsoft decision made at the dawn of civilization, IE is tightly integrated into the OS so it’s not possible to run multiple versions on the same machine. Unfortunately, IE’s market share is evenly distributed between IE6, IE7 and IE8.

There are a number of solutions for IE testers:

These solutions are useful but flawed. Browsers can fail in certain Windows versions, conflict with each other, use the wrong JavaScript engine, or fail to apply PNG and filter effects correctly. The most reliable testing method is to use multiple PCs or virtual machine software such as the excellent VirtualBox.

Virtual PC is Microsoft’s competitor to VMware and VirtualBox. The 2007 version was adequate but it did not offer the speed or facilities available in other packages.

The new Windows 7-only update is now available as a release candidate, although it’s probably best to wait a few weeks for the final version. The software has been overhauled and utilizes processor virtualization — a technology that is available on most modern chips, but may need to be enabled in your BIOS.

Windows Virtual PC can be installed on any edition of Windows 7 including Home Basic and Home Premium, although you should probably have at least 2GB of RAM.

XP Mode is a single, licensed, stripped-down virtual copy of Windows XP SP3 that is available for free to Windows 7 Professional, Enterprise and Ultimate users (not Windows Home).

XP Mode allows you to install applications on your virtual machine but run them under Windows 7 as if they were native applications. They can access local drives, save to the host’s “Documents” folder, or have an icon on the desktop. Only the slower start-up indicates that you’re using a virtual XP application.

XP Mode will slash browser testing time because it will finally be possible to run true versions of IE6, IE7 and IE8 on the same desktop at the same time.

To run IE6, you need to launch the XP virtual machine and, within the guest OS, create a shortcut to the browser in the “All Users” desktop or start menu folders. That shortcut will be duplicated in the Windows 7 start menu.

It’s not possible to install IE7 within the same virtual machine because it will remove IE6. However, you can create a new instance of the virtual OS by copying/cloning the hard disk image, installing IE7, and adding a shortcut as before.

If you plan to use XP Mode, ensure you purchase the correct of Windows 7 — only Professional, Ultimate and Enterprise are supported. Virtual PC will run on Windows 7 Home Basic/Premium, but you need to install your own licensed guest OS and will be unable to take advantage of XP Mode features.

Windows 7 will be released on 22 October. Pre-order offers may still be available so be wary of pricing assumptions! Prices at the US and Canadian Amazon stores are logical, e.g.

but, the EU browser ballot bemusement continues to cause weird pricing in the UK. Windows 7 upgrades now cost more than the full versions?…

The French and German Amazon shops appear to be selling the full version (still marked as “E”) at a similar price to the US. European buyers could benefit from buying in the UK.

Will XP Mode change your browser testing practises for the better? Or is Microsoft fixing something that should never have been a problem in the first place?