I read something a couple of weeks ago that gave me pause. Not because it was so profound, or so mind bending, shocking, or inspiring. What gave me pause was how completely I think it misses the mark. What I read was an article in AdAge that predicted that lifestreaming and discussion utility FriendFeed (or something like it yet to launch) would be the next Google. As in, the next multi-billion dollar, most trafficked site on the Internet is going to be FriendFeed. There’s one problem with this suggestion: It’s absurd.

It’s no surprise that early adopters live in their own little bubble where realism is a four letter word. In fact, Steve Rubel, who penned the fantastical FriendFeed forecast, began the article by admitting that he suffers from what he calls “Shiny Object Syndrome.” He must be having a flare up.

According to Rubel, FriendFeed will be huge for three reasons: 1. Polls show that most people trust their friends, 2. almost everyone performs searches online, and 3. the up and coming Millennial generation grew up on this user generated content stuff. “Combine these three trends, and you can easily search content created by people you trust,” writes Rubel. “That’s where I see FriendFeed, Facebook and perhaps Google heading. They will all build businesses around social contextual search advertising.”

And he’s right about that — social contextual search advertising is a sort of holy grail for advertisers right now, though so far the results have been less than stellar. But while Facebook and Google may get there, FriendFeed is ultimately not going to do much to challenge either of them.

There are two main reasons why FriendFeed will never be the next Google:

Social Search Only Works for Some Searches

Here’s Rubel: “Social contextual search addresses Google’s Achilles’ heel: superfluous content. When users scour the web, they can’t easily separate content they trust (i.e., content that has been created by their friends) from everything else.”

But the Achilles heel of social contextual search is this: It only works if you have friends who know the subject. If I’m looking for a good salmon recipe or a hotel to stay at in Seattle, I might query my friends. But if I’m doing research for a paper on Kant’s categorical imperative for Philosophy 212 or trying to find sales numbers for competitors for a report at work, then digging through Google results is the best way to go. The same goes for sensitive searches (such as those for medical information) that I may not want to share with my friends.

Social search is most useful for searches in which a trusted review is helpful — generally product or service searches. For informational searches, social search has the potential to fall flat, especially if your network of friends is small. Which brings me to the second point.

FriendFeed is Hard to Maintain

For tech geeks and early adopters, putting hours each day into maintaining accounts at sites like FriendFeed and Twitter is worth it. For most people, it isn’t.

Google is always there, always on, and it doesn’t need nurturing to make it work. FriendFeed takes careful cultivation if you want to get anything out of it. You have to put time into building and maintaining your network of friends if you want them to be there when you need them for search purposes. For most people, I don’t think that’s a trade off they’ll make for better product searches.

That’s why FriendFeed itself may never go mainstream. Eventually, the ideas presented from sites like FriendFeed and Twitter will get to regular users (in likely slimmer, more basic forms) as features on larger sites. These implementations will take the benefits of FriendFeed, but strip out a lot of the work that needs to be done to make it function.

Social Search: A Feature, Not the Future

Don’t get me wrong, social search is a great idea. Leaning on data from Twitter, StumbleUpon, del.icio.us, Digg, and every other site you participate in to augment and enhance search results is something that someone will do soon (my money is on Facebook and Microsoft, who are best positioned, but it’s a smart bet that Google is doing something clever in this area as well). And whenever someone figures out how to do it well — which will involve making social search run in the background during traditional searches, it will rock. 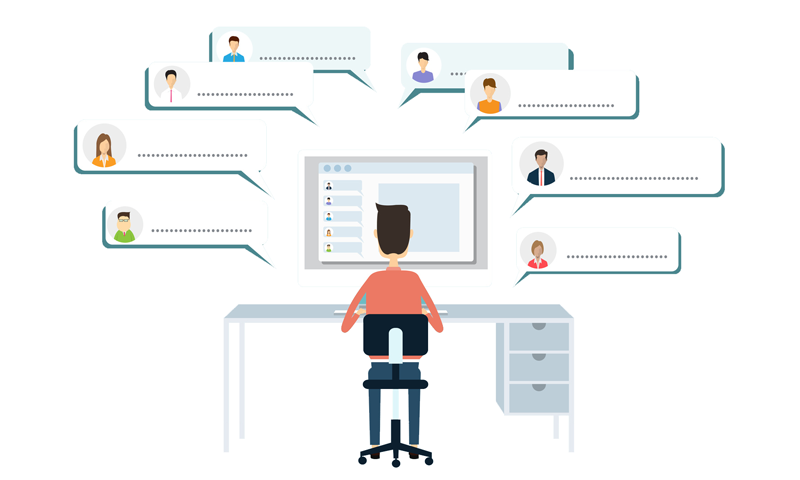 Back to the Future: Five Methods of Online Marketing Before Social MediaAlyssa Gregory