Are you a small business owner who doesn’t have a Web site? Are you put off because of the cost it would involve in employing a Web site designer?

I run a small business from home and knew that if I was to expand my operations I needed an Internet presence. I had a limited budget and no experience of designing Web sites but a colleague of mine, who I met through the Internet, suggested I borrow his manual and CD which guaranteed ‘Creating Your Web site in 24 hours’.

Admittedly, I was skeptical because from what I had heard you needed some sort of training. I was soon to find out this was not the case. The instructions in the manual were fairly easy to follow and applied to Windows 95/NT and Mac users.

It didn’t take me 24 hours, it took me 3 months but that was because being a small business owner, I couldn’t spend a large amount of time on the project at one time because of my other commitments. The first step of creating the Web site was to plan the information I wanted to convey. As I am involved in the writing industry on several levels, my Web site had to reflect this.

My main occupation is a romantic thriller novelist but I also assess manuscripts for authors, and I’m books editor for The New Zealand Writers’ Web site, so I decided what I needed first on my home page was a warm welcome to visitors and then a blurb about my current e-novel. Then I listed my literary achievements and what my business, Pen and Ink Services, could offer other writers, both published and unpublished. I also decided that I needed photos to give a human touch and to promote sales of my novel.

As a visitor to many Web sites over the past three years, I found myself more inclined to deal with Web site businesses if they had a photo of the people involved. However, as I did not own a scanner, I knew I had two options. Either to ask a friend to scan my photos or to pay for them to be scanned at a local copy press shop. I chose my friend as it was a free option, although I had to post the photos to him and then he would send them by attachment to me.

The ‘Creating Your Web site in 24 hours’ CD downloaded a home page into my computer and at the top of the home page were colored buttons. Each button gave a basic command according to what I wanted to display on the home page. The first button I clicked on resulted in inserting my photos. The second button was used to insert text. This was were I had my first problem.

I could not place the text beside the photo and it would keep on reverting to below the image. I spent a few hours on it, nearly giving up the whole project in disgust, so I decided to leave it for a while and try another feature. This time I wanted to create my second page of the Web site where I would put details of my business, contact addresses and links to other Web sites. Again clicking on the appropriate buttons enabled me to do this. I joined up the two pages by inserting a link at the bottom of the first page. Some of the other command buttons enabled you to enlarge text, change fonts and choose background color.

A disheartening aspect was I would master how to do something, then a week later I would forget what I had learnt. I soon overcame this problem by writing my own Web site creation notes in a manner I could logically follow. While I didn’t exactly have the Web site looking the way I wanted it because of the text not appearing next to the photo, I did not let it deter me and concentrated on getting the Web site into cyberspace.

I contacted my server who told me to choose a password and then they gave me my Web site URL. When I had originally loaded my CD home page into the computer, it also loaded another page automatically; a small form where you insert your password every time you upload your Web site to the Internet.

Unfortunately, no matter how hard I tried, the Web page would not upload to cyberspace. Convinced it must be my problem because I was such a beginner in all technical matters, I was almost ready to give up again. On the fifth telephone call to the server technician, he discovered that the fault was at their end because of where my Web site was ending up in their system.

Once this was fixed, I tried again and imagine my delight when I discovered I had finally lifted my Web site into cyberspace. I will never forget typing in my Web site URL and my Web site coming up on the computer screen. Also, to my surprise, the earlier problem of not being able to put the text right beside the photo, had rectified itself. The Web site format was exactly how I wanted it to be on the Internet. Why was this? I went back to my computer home page and saw it was still different from the online Web site page.

It turns out the presentation and creation of a home page isn’t necessarily how it looks in cyberspace. If I had known this from the beginning, it would have saved me a lot of wasted hours. Now there are two pages on my Web site, all very basic, but it is a start. Later, I can either introduce more advanced features which will mean I need to devote more time to learning them from the manual or I can pay a Web site designer. I know I saved myself around NZ$600 for what I did already. And while that may not seem a lot in the business world of today, a small business owner and novelist has a limited budget.

Pen and Ink Services is now into its second year of running and, although, my Web site has only been up for three months, I realize I have to look at other aspects like listing with search engines and a counter on the Web site so I know how many hits I am getting. As my income increases, I would be very happy to pay a Web site designer because of my time constraints but for now I have a presence on the Internet and a Web site URL I can put on to my publicity leaflets and headed note paper. For a small business owner with no technical skills and only a small marketing budget, creating a Web site like this initially is definitely worth thinking about.

Loren is a book reviewer for The Nelson Mail and Books Editor for The New Zealand Writers' Website, and Eco Living NZ magazine. 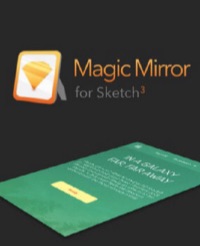 Creating a Perspective Mockup in Sketch with MagicMirrorDaniel Schwarz

How to Revamp Your Marketing PerspectiveAlyssa Gregory