Before the Android 4.0 SDK (r14), Android library projects were regarded as extra source code and resource folders when compiling an app’s source code and resources. Because this arrangement proved to be extremely fragile in Eclipse, and because developers prefer to distribute libraries of compiled code and resources as JAR files, r14 introduced a compiled-code library mechanism for library projects. Check out Changes to Library Projects in Android SDK Tools, r14 for more information.The compiled-code library mechanism is the first step toward distributing libraries as JAR files. The nature of Android resources with their compiled IDs needs to be addressed before this JAR distribution capability is fully realized (in a future release of the Android tools).

An Android library project is similar to an Android app project in that it also includes a project manifest file in the project’s root directory. Also, this directory contains src, res, and other directories that you also find when building an app project. Furthermore, the project can contain the same kinds of source code and resources as found in an app project.

An app project can add references to multiple library projects and specify their relative priorities. When multiple libraries that are referenced from the app define the same resource ID, the SDK selects the resource from the library with the higher priority and discards the other resource. The libraries are merged with the app one library at a time, starting from the lowest priority and progressing to the highest priority.

There are several items to remember when developing an Android library project and its dependent apps:

The create lib-project command is similar to create project (for creating an app project), but also adds the following line to the project’s project.properties file to indicate that the project is a library:

You could also specify --name project_name when creating the library project. However, you can generally omit --name because the value assigned to this optional parameter isn’t used beyond being assigned to the <project> element’s name attribute in the project’s build.xml file.

The update project command updates the app project to reference the library project by adding the following line to the app project’s project.properties file:

A library project reference has the form android.library.reference.n, where n is an integer value starting at 1. Repeated invocations of the android update project command, where each command identifies a different library project, introduce additional library references to project.properties. The integer value increments by 1 (2, 3, 4, and so on) for each successive reference. Holes between numbers (1 and 3 are specified, but not 2, for example) are not allowed; references appearing after the hole are ignored (when 2 isn’t specified 3 would be ignored, for example).

Now that you’ve learned the fundamentals of Android library projects, you’re ready to study an example. In the second part of this series, I present an about dialog box library project. Storing reusable about dialog boxes and other user interface items (such as custom widgets) in libraries helps to reduce app development time. 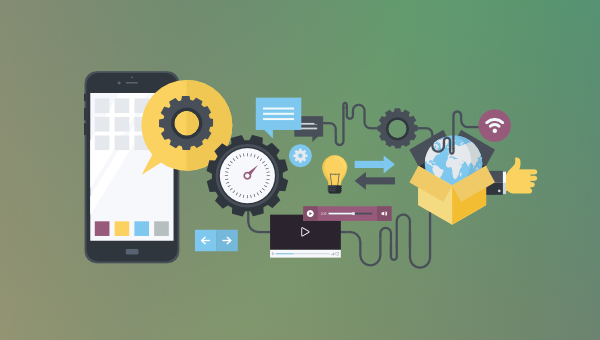 Getting Started with the React Native Navigation LibraryWern Ancheta