We all heard the rumors regarding NSA mass espionage over the internet using the MITM (man in the middle) technique, or if anyone didn’t read about, in few Google searches can find the whole story.

This article is intended for people who use Mozilla, does not involve the use of VPNs and just simply reveals how to configure some settings in the Firefox browser to increase safety when traffic decryption is attempted.

If you don’t know anything about MITM attacks, take a look over the following image that illustrates very well the concept of these kind of attacks (feel free to read more about, the subject is discussed extensively in a lot of forums, blogs, articles). 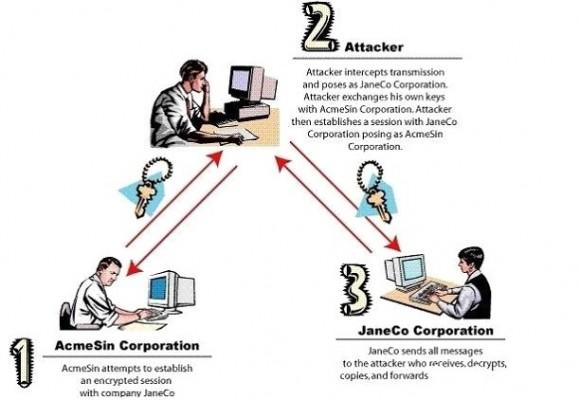 The first thing I recommend is to install this add-on for Firefox: 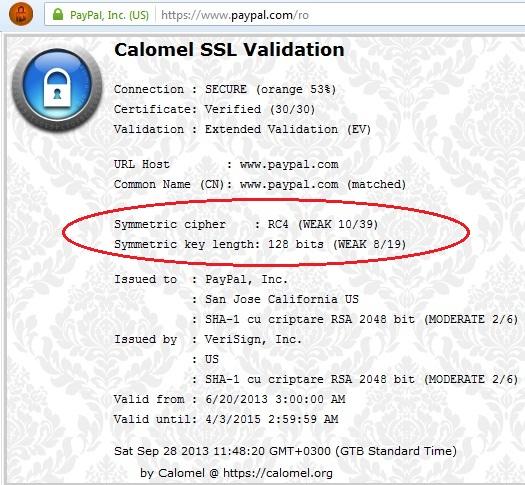 The add-on is very useful because:

While I was researching this article, I noticed that major sites including Facebook, Google, Paypal and so on, provide by default a very weak encryption: RC4 – 128 bits!
More details about the RC4 algorithm and its problems can be found here.

Let’s take a look at SSL/TLS

I do not want this article to turn into an article about SSL / TLS, but I must say a few basic things.

Creating a SSL connection is as follows:

Using keys exchanged above data encryption is performed using symmetric encryption algorithm (AES for example) using the change in “Key Exchange”. The size depends on the cipher-suite keys. (For example, on 128-bit AES encryption, to bruteforce the data sent, it is necessary to attempt 2 ^ 128 keys; BUT If the algorithm is RC4, there are many known attacks against this algorithm, so the chances are much greater that such encryption can be broken in a shorter time.)

What can we do?

To do that, go to the configuration page in Firefox with about:config (in the url), after that, search for security.ssl.

From here we can disable certain cipher suites. I cannot say with certainty which are safe and which are not, but I can recommend you to choose RSA (key exchange) and AES (256-bit). I have disabled all except RSA_AES_256_SHA.

Close the browser and reopen it and: 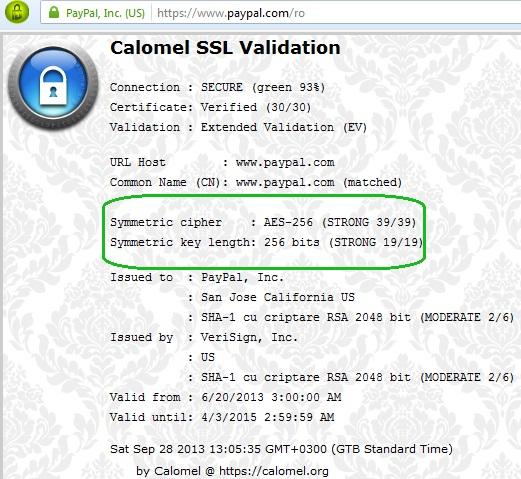 I hope this information will help you to browse over the internet in a safe way, avoiding at least MTIM attacks.

Adrian Birsan is the lead developer and founder of www.Softpill.eu. In addition he is an experienced Information Security Professional, network administrator, guitar player and all around problem solver.