In the third part of this series it seems appropriate to discuss three-dimensional transformations.

There are some other points you should note which are specific to browsers:

We’ll start with a simple example:

Our outer element (#stage) contains three boxes colored a transparent red, green and blue respectively. The outer element isn’t strictly required but it will allow us to rotate the whole scene which helps with visualization.

First, we’ll attempt to move boxes two and three further back into the screen using the translateZ function which is identical to translateX and translateY except it applies to depth: 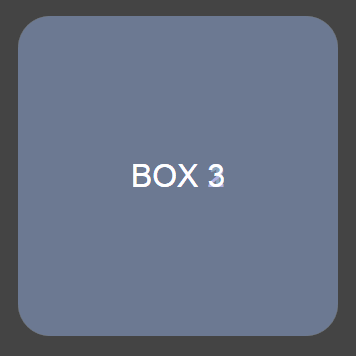 That’s not what we expected; BOX 3 is certainly above the others. The reason is the transform-style property which has a default value of flat. This applies all 3D transformations in the same two dimensional plane so, while transforms occur, there is no illusion of depth. To fix this, we need to apply a value of preserve-3d to our outer #stage container: 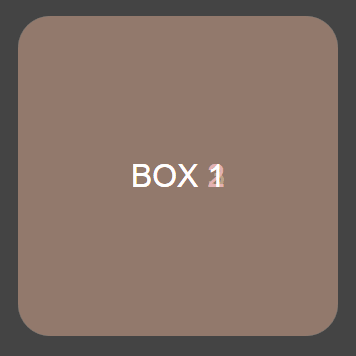 IE10 is Flat!
Unfortunately, IE10 does not support transform-style so BOX 3 will remain above BOX 1. All is not lost since we can apply 3D transformations to individual elements. However, it’s not possible to apply effects to a container with multiple child elements so the following demonstrations will not work in the browser. Let’s hope Microsoft address the issue in IE11.

So, IE10 apart, we’re getting closer but there’s no illusion of depth. Let’s…

In the demonstration above we’re sitting at the front of the stage looking at our three boxes. But there’s no perspective so BOX 1 is exactly the same size as BOX 2 and BOX 3. We can illustrate this by moving the whole outer #stage:

We’re now sitting on the right side of the the theater looking at our stage with the three boxes: 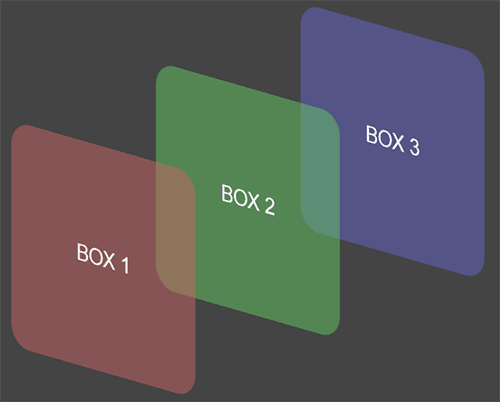 The perspective transform function will ensure objects which are further away become smaller: 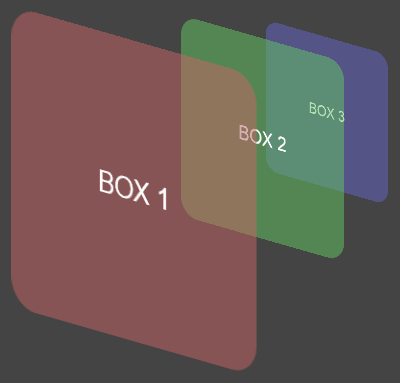 The perspective function is passed a single value which indicates how close the viewer is to the action. The lower the number, the more pronounced the perspective effect. Think of 0px as sitting on the front row of the #stage; it’s easier to see the relative distances between actors and objects. A value of 1000px would be the back of the upper circle; it’s more difficult to judge accurate distances so the objects appear to be a similar size.

Try using your own #stage rotation and perspective values to see how it affects the elements. In the next lesson, we’ll apply other transform functions to our 3D scene.