Let’s explore exactly what the consequences of collapsing margins are, and how they will affect elements on the page.

“In this specification, the expression collapsing margins means that adjoining margins (no non-empty content, padding, or border areas, or clearance separate them) of two or more boxes (which may be next to one another or nested) combine to form a single margin.”

In simple terms, this definition indicates that when the vertical margins of two elements are touching, only the margin of the element with the largest margin value will be honored, while the margin of the element with the smaller margin value will be collapsed to zero. In the case where one element has a negative margin, the margin values are added together to determine the final value. If both are negative, the greater negative value is used. This definition applies to adjacent elements and nested elements.

There are other situations where elements do not have their margins collapsed:

This is a difficult concept to grasp, so let’s dive into some examples.

Margins collapse between adjacent elements. In simple terms, this means that for adjacent vertical block-level elements in the normal document flow, only the margin of the element with the largest margin value will be honored, while the margin of the element with the smaller margin value will be collapsed to zero. If, for example, one element has a 25px bottom margin and the element immediately underneath it has a 20px top margin, only the 25px bottom margin will be enforced, and the elements will remain at a distance of 25px from each other. They will not be 45px (25+20) apart, as might be expected.

This behavior is best demonstrated with a short example. Consider the following code:

As you’ll see from Figure 1, the gap between the elements is only 25px, and the smaller margin has collapsed to zero. If in the above example the elements had equal margins (say, 20 pixels each), the distance between them would be only 20px.

There is one situation that will cause a slight deviation from the behavior of collapsing margins: should one of the elements have a negative top or bottom margin, the positive and negative margins will be added together to reach the final, true margin. Here’s an example style sheet that demonstrates the concept:

If the result of this calculation is a negative number, this value will have the effect of one element overlapping the other. You could say that the negative margin pulls the element in the opposite direction to that of a positive margin. See margin for more details about negative margins.

So far, we’ve only addressed the collapsing effect on adjacent elements, but the same process holds true for parents and children whose margins touch. By “touch,” we mean the places at which no padding, borders, or content exist between the adjacent margins. In the following example, a parent element has a child element on which a top margin is set:

The result of this code is illustrated in Figure 2.

You may have expected that the paragraph would be located 60px from the heading, since the div element has a margin-top of 40px and there is a further 20px margin-top on the p element. You may also have expected that 20px of the background color of the div element would show above the paragraph. This does not happen because, as you can see in Figure 2, the margins collapse together to form one margin. Only the largest margin applies (as in the case of adjoining blocks), as we’ve already seen.

In order for the top margins of both elements to be displayed, and for the background of the div element to be revealed above the p element, there would need to be a border or padding that would stop the margins collapsing. If we simply add a top border to the div element, we can achieve the effect we were originally looking for:

In Figure 3, we can see that the div element is still 40px away from the heading, but the paragraph has been pushed a further 20px down the page, thus revealing 20px of the background of the div element (through the presence of the border).

If we didn’t want a visible top border showing in the design, a 1px top padding on the div element would have achieved the same effect. Note that the border or padding should be applied to the parent div because a border on the paragraph would not stop the margins from collapsing, since the paragraph’s margin is outside of the border.

The example above deals with a single parent and single child that have touching margins, but the same approach would apply if there were several children (that is, nested elements) that all had adjacent vertical margins: it would still mean that all the margins would collapse into one single margin. Although the examples above mentioned top margins, the same effect is true for bottom margins, as can be seen below.

In the following contrived example, we’ve nested four div elements, all of which have a 10px margin applied. Each div has a different background color, so the effects of the margin collapse will be clearly visible:

The result of the above CSS is shown in Figure 4.

As you can see in this example, the effect of our CSS is quite dramatic: all the vertical margins have collapsed to form a single, 10px margin. Unlike the horizontal margin example, where all the margins were visible, the vertical margins show no such colors at all, thanks to the background-color that has been applied to each element. The whole block will be positioned 10px from other in-flow elements on the page, but each nested block will collapse its margins into a single margin.

As discussed earlier, the simplest way to stop the margin collapse from occurring is to add padding or borders to each element. If we wanted 10px margins on each element we could simply use a 9px margin and 1px of padding to get the result we wanted:

The result of that small change will “un-collapse” the vertical margins, as you can see in Figure 5.

Again, it’s important to consider the effects that layout in Internet Explorer would have in the above demonstrations. Should the elements in the first example (Figure 4) have a layout in IE, the result would be exactly as shown in Figure 5. It’s also worth noting that in browsers other than IE, the same effect would occur if the overflow property was added with a value other than visible.

Although the margin collapse behavior is at first a little unintuitive, it does make life easier in the case of multiple nested elements, where the behavior is often desirable. As shown above, easy methods are available to help you stop the collapse if required. 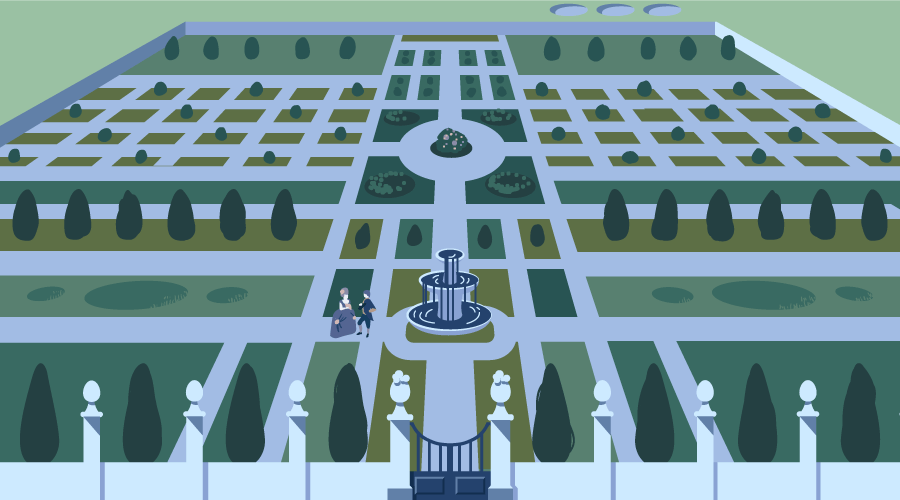