The six-weekly Chrome and Firefox updates appear to have become synchronized to within a few days of each other. But you’d be forgiven for not noticing. That said, as well as the 22 plugged security holes, there are a number of new features in Chrome 25 which will stir the juices of developers everywhere…

Do you have a feeling of déjà vu? I’m not surprised — Webkit added speech recognition almost two years ago and it appeared in Chrome 11. However, it was fairly basic and did not implement the W3C speech API. This provides far more control so you can react to speech events and process the phrases accordingly, e.g.

Google has created a demonstration page which illustrates a basic text entry box, but expect to see voice-driven techniques used to control web applications and games soon. For more information, refer to the W3C speech API specification and an introduction tutorial at HTML5Rocks.

Do you have Chrome extensions you don’t remember installing? Google helpfully provides facilities and documentation which allowed anyone to silently install an extension without your consent. This nasty behavior has been removed in Chrome 25 and the browser now implements Firefox-like add-on detection.

You can now emulate different media devices in Developer Tools — click the Settings cog, followed by Overrides. The facility allows you to test print and other stylesheets without needing to change code, using Print Preview or other convoluted methods:

While you’re in developer tools, try using the new console.clear() method to clean the log.

Google has ported this Chrome OS feature to Windows. The launcher is experimental and must be enabled by setting Show Chrome Apps Launcher in chrome://flags/. Restart Chrome and you’ll have a new — and fairly ugly — icon in the taskbar: 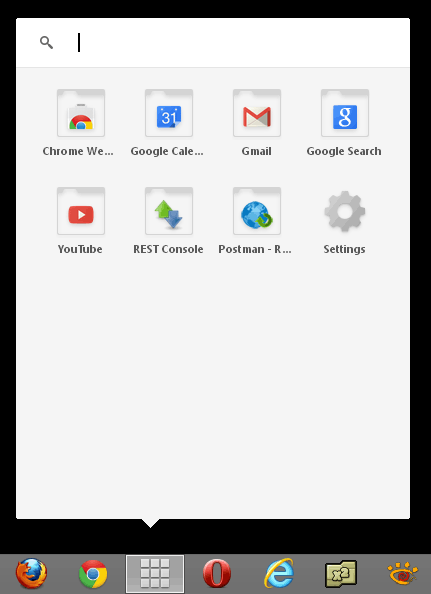 I’m not totally convinced by the App Launcher; it’s just as easy to start Chrome and select an icon from the apps screen. Someone, somewhere will like it, though.

It’s now possible to synchronize your entire browsing history between devices rather than just the URLs entered in the address bar. It’s another experimental feature — set Enable full history sync in chrome://flags/.

Chrome’s come a long way and it’s difficult to believe the browser is less than five years old. There are some nice new features in version 25, but a number of dubious additions have sneaked in. Keep it clean, Google!