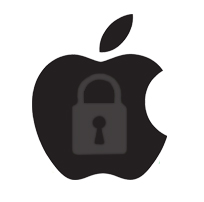 A recent poll in The Register asked who is more closed, Microsoft or Apple? A whopping 55% of respondents thought that dubious honor belongs to Apple (21% said Microsoft, and 24% said they were both equals in the matter).

Even though Apple’s current operating system is built on top of an open source UNIX base, and even though their web browser is built on the open source WebKit rendering engine, Apple has notoriously always been close. The most popular reason people perceived Apple as more closed than Microsoft in the Register’s poll was the end-to-end proprietary nature of their product line.

“Whether it’s OS X being wedded to the Mac, the iPod being dependent on the iTunes service, or iPhone software distribution being controlled via the Apple Store, there is a strong perception that openness is not always the biggest priority for Apple,” explains Dale Vile.

It is certainly true that Apple likes to retain complete control over their products. By only allowing OS X to run on hardware they create, for example, Apple not only controls the pricing of their products but they also limit the possibility of hardware incompatibility issues that degrade user experience. And if there’s one driving force behind all Apple products it is maintaining a high quality user experience.

This time around, the real battle for control of our computing lives might be taking place on the mobile platform and on the web. It’s less about Windows vs. Linux vs. OS X, and more about iPhone vs. Blackberry vs. Android vs. Windows Mobile. And as Farhad Manjoo wonders, “Hasn’t Steve Jobs learned anything in the last 30 years?”

“Watching Google and Apple carve out space in the mobile business, one can hardly avoid thinking that history is repeating itself. In the 1970s and ’80s, Apple created the first great personal computers. But because Apple closed its platform, it was IBM, Dell, HP, and especially Microsoft that reaped the benefits of Apple’s innovations,” wrote Manjoo recently in an article on Slate.com. “The Mac’s operating system ran only on Mac computers; Windows ran on lots of lots of different companies’ hardware. This made non-Apple computers both cheaper than Apple’s machines—competition between hardware manufacturers pushed down prices—and more useful, as third-party developers flocked to write must-have programs for Windows. Apple seems to be following a similar restrictive strategy with the iPhone.”

Manjoo theorizes that perhaps Jobs thinks that this time around people are more keen on user experience and minimization of headaches than they are concerned with openness. “An open platform is much more technically complex than a closed one,” says Manjoo, noting that open platforms have more technical problems because they have to play nice with a wider variety of technology, and that they attract unsavory developers (i.e., makers of viruses and spyware), all of which hurts end user experience.

However, as we noted in August, closed platforms often put developers at odds with the platform providers, which can ultimately drive developers toward alternatives. Applications are the life’s blood of any platform. So if closed platforms end up protecting user experience at the expense of maintaining a wide variety of helpful applications, then openness will eventually win.

If the Register’s poll is any indication of general sentiment, Jobs might have made another miscalculation and could pay for it in the long term. And, as CNET points out, Apple is starting to take some very Microsoft-like action against rivals to protect its monopolies. That’s a dangerous road for Apple to take and one that could shift public perception of the company, which is anecdotally very positive right now.