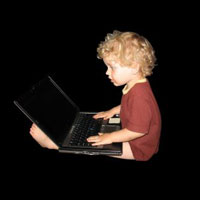 One of the most important Internet stories in Australia right now is that country’s federal government’s plan to start requiring ISP level censorship of the Internet. As part of Prime Minister Kevin Rudd’s AU$125.8 million Cyber-saftey plan. The plan requires that ISPs deliver a “clean-feed” web service to homes, school, and and public web access points.

The government will maintain two blacklists, one that filters out illegal material, mostly child pornography, and another that filters out objectionable material as determined by the Australian Communications and Media Authority (ACMA). The first list will be mandatory, while users will be able to opt out of the latter.

Under the guise of protecting children, Australians are seeing their freedoms limited. There’s a slippery slope here: no on really knows how the ACMA determines what content is added to the blacklist, and it can change those criteria without telling anyone. “The Australian government’s agenda on national censorship is based on an appeal to emotion – it doesn’t matter what it bans or censors, it can always claim it’s for the benefit of children,” wrote reporter Laura Parker in the UK newspaper The Guardian

In fact, the Australian Electronic Frontiers group (EFA) noted earlier this month that though the contents of the blacklist are secret, the AMCA does public some statistics on the makeup. Of the approximately 1,300 URLs on the list, only 3 were blocks because they were classified as pedophilia related. A large portion of the sites on the list were blocked for nudity, violence, crime, or “sexual fantasy,” but were actually legal.

“I’m not exaggerating when I say that this model involves more technical interference in the internet infrastructure than what is attempted in Iran, one of the most repressive and regressive censorship regimes in the world,” said EFA chair Colin Jacobs.

The EFA has been staunchly against the filtering scheme, and public sentiment has been against it as well. An online poll by the Courier-Mail newspaper in Queensland found that 86% of respondents did not want censorship. And there is some question of whether censorship schemes will even work, on a technical level. Australia’s last try at censorship, the AU$84 million NetAlert program put forth by former PM John Howard, was cracked in a half hour by a 16-year-old Aussie named Tom Wood in August 2007. Upon hearing about Wood’s feat, the government added another layer of filtering to beef up the system — Wood got through the new filter in 10 minutes.

The EFA recently published a letter in which Internet engineer Mark Newton expressed a number of concerns with the clean-feed plan. In addition to voicing fears about the slippery slope — the government has apparently begun to talk about filtering “unwanted” sites along with those deemed illegal — Newton lays out a number of other reasons the filtering plan is a bad idea. His points are summarized below:

The last point is predicated on Newton’s assertion that a leak of the blacklist itself is inevitable, and once that happens it will spread among pedophile groups helping unscrupulous individuals locate child pornography web sites that are up and online.

A number of consumer advocacy groups in Australia have begun to protest the government’s plan. GetUp!, a progressive political action group in Australia, has started collecting signatures for a petition against the censorship aimed at Labour Senator Stephen Conroy, the minister for broadband, communications and the digital economy, who came up with the censorship plan.

Another group, No Clean Feed, has started a separate petition, which as gather over 21,000 signatures, as well as an letter writing campaign to Conroy and other representatives, and ISPs.

What do you think of Australia’s censorship plans? Let us know in the comments below.