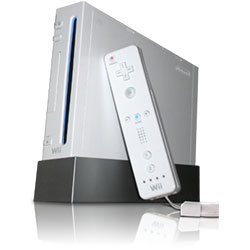 The Nintendo Wii has become the world’s most popular modern games console. Although it’s not as technically advanced as Sony’s Playstation 3 or Microsoft’s Xbox 360, the innovative Wii Remote and family-friendly games has led to massive adoption outside the typical gamer market. Over 50 million units have been shipped worldwide.

The Wii has built-in wi-fi and ethernet adapters can also be purchased. Internet connectivity has typically been used for updates, multi-player gaming, downloads, and Nintendo’s specialized content “channels”.

General internet surfing is possible, but you need to download the Internet Channel. Until now, this cost $5 for 500 Wii Points (although it’s only possible to purchase blocks of 1,000 points from the Wii shop). However, starting this month, Nintendo has released the Internet Channel for free — anyone with a Wii and a net connection can download the browser and access the web. People who purchased the software recently will receive a game credit later this year.

The browser was created by Opera and is specifically designed for the console. It has a similar feature set to a modern mobile phone browser and offers HTML, CSS, JavaScript, and Flash 3.1 Lite support. The Wii screen resolution is significantly smaller than a PC monitor, but Opera provides several manual and automatic zooming functions. Even complex sites remain readable. 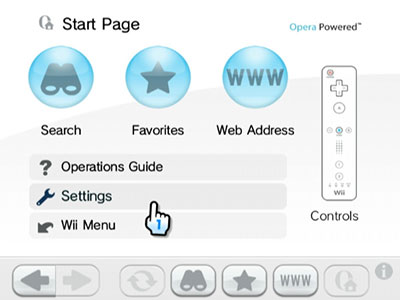 The browser is controlled by pointing at the screen with the Wii Remote. Typing long web addresses is cumbersome but it provides good auto-suggestions. An external keyboard is available for keen Wii surfers.

Overall, the Wii browser is simple, reasonably fast, and works well. Many people will use it to quickly check their email, catch up on news, or play simple Flash-based games.

However, we now have a situation where the Wii, DSi, Playstation 3 and PSP offer viable web browsing software (and I’m sure Microsoft could port IE6 to the Xbox!) People are using them to visit SitePoint, so could console users become an important sector within your website’s demographic? Perhaps it’s time to ask your boss to buy a selection of consoles … for testing purposes obviously!

JavaScript and the Wii U BrowserColin Ihrig