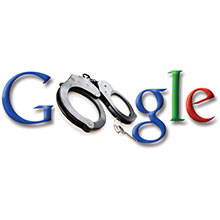 It has not been a good week for Google. The company faces an EU antitrust inquiry and now an Italian court has convicted three employees of privacy violations.

The case centers around a video clip of an 8 year-old autistic school pupil being bullied, beaten and verbally abused which was posted to Google Video on September 8, 2006. The clip remained online until November 7, 2006, but Google states:

The video was totally reprehensible and we took it down within hours of being notified by the Italian police. We also worked with the local police to help identify the person responsible for uploading it and she was subsequently sentenced to 10 months community service by a court in Turin, as were several other classmates who were also involved.

Although this would normally be the end of Google’s involvement, a public prosecutor in Milan decided to indict four Google executives — even though none were aware of the video’s existence until after it was removed. Peter Fleischer, David Drummond, and George De Los Reyes (who left the company in 2008) each received a suspended 6-month sentence for failure to comply with Italian privacy code. The last employee, Arvind Desikan, was acquitted. All four were found not guilty of criminal defamation.

It attacks the very principles of freedom on which the Internet is built. Common sense dictates that only the person who films and uploads a video to a hosting platform could take the steps necessary to protect the privacy and obtain the consent of the people they are filming.

If sites like Blogger, YouTube and indeed every social network and any community bulletin board, are held responsible for vetting every single piece of content that is uploaded to them — every piece of text, every photo, every file, every video — then the Web as we know it will cease to exist, and many of the economic, social, political and technological benefits it brings could disappear.

Fortunately, the case has attracted widespread condemnation within Italy, Europe and throughout the world.

The victim in the video deserves sympathy, but Google is no more responsible for the clip than the post office would be for delivering hate mail. The company has announced they will appeal, but it’s ludicrous that the case progressed this far.