With the Device Orientation API, developers can explore new input mechanisms for games, new gestures for apps (such as “shake to clear the screen” or “tilt to zoom”) or even augmented reality experiences. The prototype’s installation includes a sample game to get you started in understanding the API.

When the physical orientation of the device is changed (e.g. the user tilts or rotates it), the deviceorientation event is fired at the window and supplies the alpha, beta, and gamma angles of rotation (expressed in degrees): 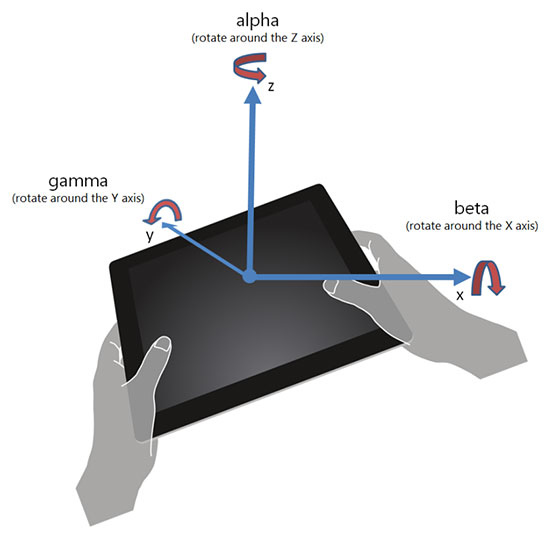 When a device is being moved or rotated (more accurately, accelerated), the devicemotion event is fired at the window and provides acceleration (both with and without the effects of gravitational acceleration on the device, expressed in m/s2) in the x, y, and z axis as well as the rate of change in the alpha, beta, and gamma rotation angles (expressed in deg/s): 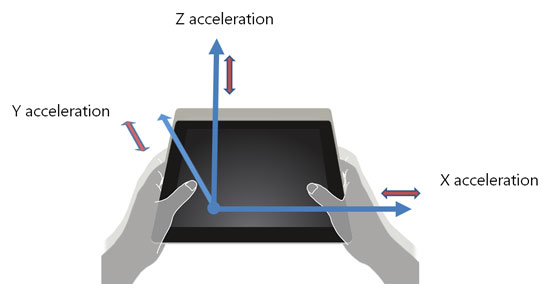 Trying Out the Prototype

To get started building your own pages with the prototype, all you need to do is install the prototype and then include a reference to the DeviceOrientation.js script file (copied to the desktop after installing the prototype):

We Want Your Feedback

We want to hear from developers on this prototype implementation of the W3C Device Orientation Event Specification, so please let us know what you think by commenting on this post or sending us a message.

Jacob Rossi is a Program Manager on the Internet Explorer team that focuses on web programming platform, touch input, and developer experience aspects of the web browser. He’s also a co-editor of the W3C DOM L3 Events standard. 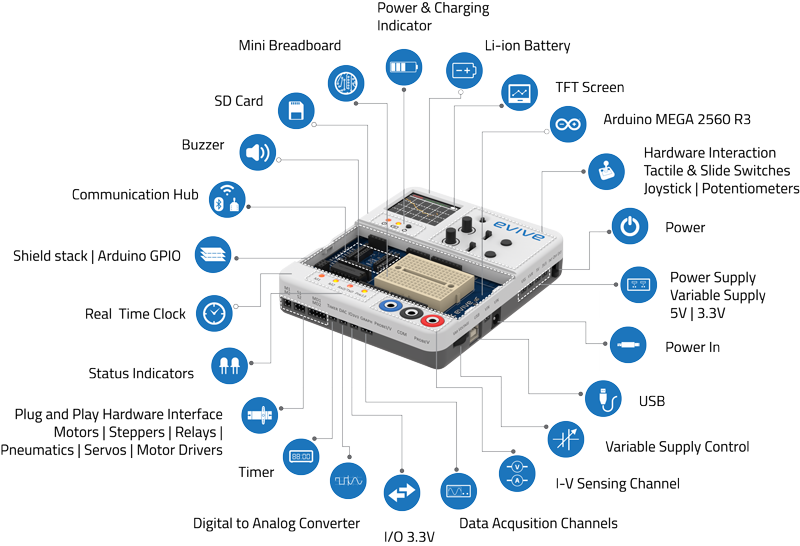 Orientation and Behaviours in WP7Nick Randolph