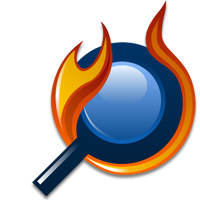 I’m pleased to announce the hotly awaited update to CodeBurner, our popular developer tool for Firefox and Firebug, bringing it up to date with Firefox 3.6.

This version was delayed after the release of Firefox 3.6, for which I apologize, because of new and stringent restrictions on add-ons scripting in the public directory at addons.mozilla.org. This made it necessary to implement a whole new HTML templating system for the search results and code examples.

The change was needed because the domplate library I was using contains several instances of the eval statement, and this is no longer permitted. I therefore had no choice but to scrap domplate, and write something new to take its place. You shouldn’t actually notice any difference, but the behind-the-scenes changes are quite significant.

Other new features in Version 1.5.2 include:

Follow these links to install the latest versions of CodeBurner:

And keep watching this space, as there are updates to the Air, Opera, and Dashboard versions coming very soon, as well as further updates to the Firefox and Firebug versions.