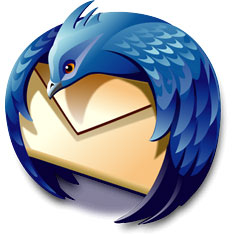 Although many people shun email applications for webmail solutions, there are still some of us who prefer the configuration, security, and performance of a decent email client. Microsoft dominates the Windows world with Outlook, Outlook Express and Windows Mail but, if you’re not keen on those products, Mozilla’s Thunderbird could be for you.

Work on Thunderbird started when the Mozilla Suite was abandoned in favor of Firefox. Although it has never achieved the popularity of their browser, Thunderbird is a great email application that deserves more attention.

Thunderbird 3.0 has finally been released. The client is available in 49 languages and offers new features such as:

Perhaps the most useful new feature is the attachment reminder. How many times have you sent or received an email which promised a file that was never attached? The Thunderbird reminder scans your email text for words such as “attached” then prompts you before the message is sent.

Thunderbird is free and available for Windows, Mac OS X and Linux. Download it from getthunderbird.com.

Have you tried Thunderbird 3.0? What did you think? Watch out for a full review coming soon…