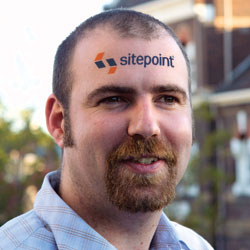 Ok I’m kidding, but this is an (extreme) example of a non-mainstream technique that marketers might use to spread the word about their products and their brand.

You see there IS life beyond the internet when is comes to promotion, even if your business is a complete online entity.

Most people think direct mails, telemarketing, TV/Magazine advertising, when talking about offline promotion, but there is a whole raft of alternate approaches to promoting your business outside the web which I’d like to explore.

When a celebrity wears a particular brand of clothes or jewelry, people notice. Companies often give products to celebrities in the hope they’ll use them in public, as unofficial celebrity endorsements are just as effective at impacting sales too.

Influence and Word of Mouth

Hush Puppies was a struggling shoe company leading into 1994. Their sales had dwindled to 100,000 pairs a year and Wolverine, Hush Puppies’ parent company, was considering dropping the brand. Then a few influential people were spotted wearing them in New York City, and suddenly young people eagerly sought out the comfortable, casual shoes. They rummaged in small shoe stores all over Manhattan to score a pair.

The phenomenon thrust Hush Puppies back on the scene, where sales grew to over 11.5 million pairs in just two years. They appeared on popular TV shows such as Melrose Place and were worn by actor Tom Hanks in the movie Forrest Gump. Hush Puppies took advantage of their popularity, sending free pairs to celebrities and fashion moguls. They capitalized on their new-found success, launching an advertising campaign that featured Hush Puppies on young people looking casual and relaxed.

Paying a person to tattoo the name of your business on their forehead or run streaking through a football game will probably attract attention—though whether it’s the type of marketing you want to represent your brand is debatable. Shock marketing relies mostly on outlandish stunts that shock or offend people to garner attention. Using bold, controversial ads or scantily clad models to promote your web site would be examples of shock marketing online.

There have been some excellent examples of environmental marketing, such as US takeaway chain Chick-fil-A’s “Eat Mor Chikin” campaign, in which cows stand on water towers and billboards, holding up signs which implore passers-by to eat chicken instead of cows.

Hiring people to impersonate customers is known as undercover marketing, and should be avoided. Whether you’re hiring actors to line up waiting for a product launch or post a positive review on Amazon, undercover marketing is almost always exposed. It could be effective if it remains undetected, but it’s never worth the risk of damaging your brand.

Homemade videos can sometimes fall into this category, if the video is produced for the purpose of marketing, but passed off as an original or customer-created work.

Creating an urban legend is easier said than done. The hype surrounding The Blair Witch Project movie is an excellent example of word-of-mouth hype generated by inventing an urban legend. The combination of the movie’s low budget and rumors purporting that there was some truth to the story created a buzz that generated a huge amount of interest in the movie, even after the hoax was revealed—and thus millions of dollars in ticket sales.

So when you’re thinking about promoting your business offline — take a moment to think about some of these less traditional forms of offline marketing. SitePoint Tattoo anyone?