Cambridge, Massachusetts-based social app developers Viximo today released a platform for the iPhone that allows developers to create native iPhone applications without touching any Objective C. Called VixML, the platform allows developers to create iPhone applications with access to the phone’s multitouch functions and other input methods (i.e., speech), accelerometer, and animations via a single XML file and some animated sprites.

TechCrunch, which covered the VixML launch and calls it “revolutionary,” says that for now applications created using the platform can only be published to Viximo’s upcoming TrueFlirt app, which lets users create (using VixML), send to friends, and view “flirtatious” animations and mini-apps for the iPhone.

Developers can use VixML to create apps that are then published for use with TrueFlirt, either within the app itself or as part of standalone add-on bundles for the TrueFlirt app that are sold via the App Store. Viximo reportedly plans to share revenue with the developers of VixML apps, who TechCrunch points out face a double approval process — they need apps to be approved both by Viximo and by Apple.

The platform within a platform approach is interesting because it lowers the barrier of entry for development for the iPhone by making it easier for web developers to create native apps — they can skip learning Objective C by using something like VixML. And though VixML is unique in its approach, it isn’t really what we’d call revolutionary. We reported in September on two other iPhone development platforms that greatly lower the barrier to entry for developers and do so in what we think are more clever ways.

Big Five (iTunes) is a web application gateway for the iPhone and iPod Touch that offers an API allowing developers to access native iPhone functions such as the accelerometer, GPS, and camera via JavaScript. Apps are published to the web and accessed via the Big Five browser, which the user purchases from the App Store. When we wrote about them in September, Big Five had been rejected from the App Store, however it has since been approved and is for sale for $14.95.

The other iPhone development platform we mentioned a few months ago is PhoneGap, which is something like Adobe AIR for the iPhone. PhoneGap allows web application developers to compile their web apps as native iPhone apps and then submit them to the App Store for inclusion. The platform is essentially a container for web applications running on the iPhone that allows them to access the accelerometer, GPS, sqLite, camera, and vibration controls. PhoneGap also uses a JavaScript API for accessing native iPhone features, and then creates a location bar free web browser that points to a specific web application URL, which can be wrapped up as a standalone application and submitted to Apple. Some iPhone apps already in the App Store are using PhoneGap, such as the free “Binary Clock” app (iTunes).

All three of these options drastically reduce the barrier to entry for creating iPhone apps by allowing web developers to create apps that access native features by using technologies they already know, such as XML and JavaScript. We’re big fans of the PhoneGap approach, since it is the only one of the three that allows developers to create applications that can be served directly to users via the App Store without having to go through an intermediary app (i.e., TrueFlirt for VixML, and the Big Five browser for Big Five). All of these platforms, however, make iPhone development easier, which is a good thing for developers. 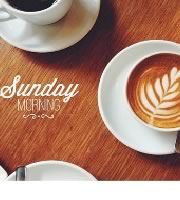