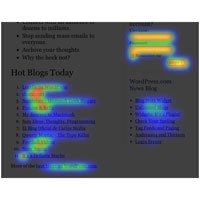 Chris Estreich, a senior engineer at classifieds site Oodle today soft-launched a new site aimed at web developers called Userfly. Using JavaScript, Userfly captures and records browsing data from your visitors and lets you plat it back as a movie later. The site is really rough — this is a very beta release — and probably isn’t quite ready for any press coverage, but I was so impressed by the demo (and had a lot of fun playing with it), that I couldn’t resist.

To implement Userfly, developers just add a single line of JavaScript on each of their site’s pages. The service will then capture and record browsing behavior as soon as a visitor enters your web site, and continues recording until they leave the site. Userfly captures clickstream data, scrolling and mouse movements, and text entry, and it rather impressively is able to interact with some pretty heavy-duty JavaScript elements.

Site developers can then log into their account and review user interactions by watching recorded movies (something like screencasts). Userfly copies onto its servers any page from your site that a tracked user navigates to, and then overlays the visitor interaction movie on top of a local copy of each page. For now, Userfly is free for one user session each hour, with higher volume pricing available upon request. Eventually, Estreich intends to add additional features such as random user sampling for high volume sites, and the ability to invite specific users to be recorded for usability studies.

There are a few issues that Userfly will have to deal with, however. Chief among them might be privacy. Estreich says that his service doesn’t capture account data or credit card information, but keystroke tracking will nonetheless make visitors very wary if they know it’s going on, in spite of any reassurances that their data is safe. According to Estreich, however, in order to follow users into an authenticated site, Userfly needs to either set up a proxy, or do cookie capturing, which could include sensitive information. Estreich plans to offer that only as a premium service.

Estreich will have to work hard to make users feel secure that their privacy is being protected. He’ll definitely want to avoid Userfly being rebranded “Userspy” by privacy advocates.

Another issue is whether this type of usability study is, well, really all that usable. Sifting through hundreds or thousands of videos isn’t ideal when it comes to figuring out how your users are interacting with your site and trying to fathom which bits need to be worked on. Joshua Gross, the founder of a similar service, the now-defunct Tapefailure.com, chimed in via a post on Hacker News to express that exact sentiment.

“The main issue is that the sessions aren’t focused (you don’t know about the goal of the user) and watching tens/hundreds/thousands of recordings to get an idea of what users are or aren’t doing on your website is simply impractical,” he wrote. According to Gross, in order to glean helpful information from the data, it needs to be summarized and taken in aggregate. “What are they doing on the page? How long does it take them? Collectively, what is and isn’t being focused on? What about how users interact with forms? These are just some very broad examples, but there are many ways in which you can distill the recorded data, and I find those to be far more insightful than the browsing sessions themselves.”

Figuring out how to take massive amounts of recorded data and distill trends from it will be Estreich’s next major challenge. If he can figure out how to do that effectively, though, Userfly could certainly evolve into a must-use service for web developers. So far, it’s off to a great start.

Also don’t miss our list of 5 ways to get usability testing on the cheap.