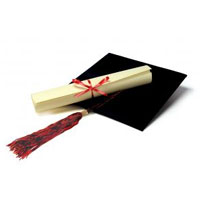 This week, amid all the hype around the Google’s Chrome browser, there was a mini-controversy over the EULA that came with Google’s new toy. The EULA, required users to “give Google a perpetual, irrevocable, worldwide, royalty-free, and nonexclusive license to reproduce, adapt, modify, translate, publish, publicly perform, publicly display and distribute any Content which you submit, post or display on or through, the Services.”

That sounded ominous to many users — why should Google have a right to do whatever it wants with what you do when using Chrome? As it turns out, Google reuses its EULA language as much as possible, and so occasionally stuff will sneak in that doesn’t really apply. Google quickly responded and changed the offending text, which now reads, “You retain copyright and any other rights you already hold in Content which you submit, post or display on or through, the Services.”

The “controversy” highlights something important, though: the text of things like EULA’s and privacy policies are necessary for users to read but often times they are so long and difficult to comprehend that they are more likely to be skipped over. To be fair, Google’s Chrome EULA actually rates as one of the easiest to comprehend, but it is still lengthy — weighing in at over 4,000 words — or about 10 pages in Times New Roman 12 point. It’s unlikely that most users would ever read it, and the offending text only came to light after a tech journalists noticed it (i.e., not your average users).

Erik Sherman over at BNet decided to see just how easy the tech legal documents we encounter every day are to read and understand. Sherman looked at 23 tech company privacy policies and graded them on a scale that went from 0-19+. The following chart shows comparable reading material by score so you can judge approximately what it would be like to read these policy documents.

The result was an average privacy policy weighing in at 3,442 words and an average reading level of 15.77 (Sherman averaged three scores, including the SMOG) — or somewhere between the New York Times and Atlantic Monthly. That hardly makes understanding these documents rocket science, but it is also far above what you’d expect in order to effectively speak to a broad base of users. That indicates that these companies generally don’t care if their users can understand (or will bother to read) the legal documents they’re expected to agree to in order to use the products or services offered.

Google’s Chrome EULA actually stacks up pretty well, in terms of readability it landed at an 11.77 average score using Sherman’s method. That’s easier to comprehend than anything on Sherman’s list of privacy policies, but the 10 page length still makes it a daunting read for the average user. Google Chrome privacy policy is actually quite good at a 12.15 and 1,100 words. Readable and pretty short.

The best user-facing legal document we’ve seen in the tech world over the past few months came from Cuil. Their privacy policy is just 520 words long and scored a very readable 12.29 using Sherman’s method. Another great privacy policy is the one from Bill Monk. It’s just 733 words in length and scores a 10.01 — making it perhaps one of the most easy to read legal documents on the web. (Funniest policy goes to Something Awful — their serious version isn’t bad either. It scores poorly on the comprehension test, but is under 200 words, making it very manageable.)

The lesson: make your privacy policy, EULA, and other user-facing legal documents as short and as easy to comprehend as possible. Your users will thank you (and you might even score some free press by bucking the trend and actually putting out a legal document that mere mortals can understand).