There is definitely something suspect about any parenting style that involves plopping your kids in front of a video for extended periods of time. At the same time, however, teaching your kids how to use computers and the Internet at a young age can be hugely beneficial to them later in life. Unfortunately, much of the content on the Internet is inappropriate for children. Enter, Totlol.

Though most of the videos are YouTube would not be appropriate for children, many of them are perfect for the 6 months to 6 years old age group that Totlol targets. Allowing children to access those videos on YouTube is a three-fold problem, though: 1. There exists no way to restrict their access to only the appropriate videos, 2. finding those videos is difficult, and 3. YouTube adheres to the COPPA in the US, meaning no one under 13 can technically, legally use the site.

Totlol, on the other hand, is essentially a moderation layer built on top of YouTube. The site encourages parents to locate and tag age appropriate videos and then pulls those videos in for other parents to rate and moderate. Videos are placed into a queue for screening by the site’s community of parents and only get published to the site when Totlol’s algorithm decides that parents have collectively deemed it appropriate. Approved videos are pulled into the site via YouTube’s API and skinned with Totlol’s decidedly much cuter player.

The site is set up to weed out bad content before it reaches any children. Totlol launched in May 2008 and is the project of a father of two young children from Vancouver, Canada. Since then, the community of parent screeners has grown, and for 2009 the site just released a major upgrade. 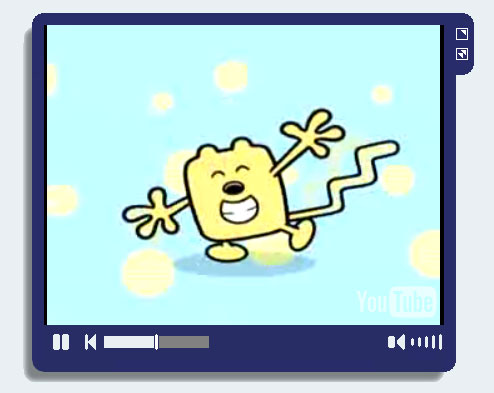 Most significantly, Totlol added support for Google’s implementation of OAuth. That allows users to securely link their YouTube and Totlol accounts. The way it works is simple, users indicate that they want to link their accounts and are then directed to a Google page to log in. Once they’ve done that and told Google they want to give Totlol access to their account information, they are directed back to the Totlol site with a token that Totlol uses to access their Google/YouTube account. Never along the way does Totlol see a user’s Google login credentials, and users can delete the token that allows the accounts to talk at any time.

The benefits of linking accounts are that parents can then skip the community moderation for their own children and pull movies directly into Totlol.

That way, if you find something you want your children to see on Totlol, but either don’t want to wait for the moderation process to run its course, or don’t think the video will get through (perhaps, for example, it is a documentary about dinosaurs that includes potentially scary scenes), you can use the OAuth link to pull that video directly from your account into Totlol. It also means you can add videos to your account that are private in nature — home movies, for example.

Overall, Totlol is a neat concept. Crowdsourcing the moderation of kid-appropriate videos on YouTube is a great idea, and we’re sure children and parents alike will love the site. It is especially impressive given that it is the project of a single developer. We certainly hope that no parents use Totlol in lieu of a babysitter, and that screen time for very young children is kept to a minimum (nothing beats real, live playing!), but we wish the site success as well.

Everything In Moderation – Even ModeratorsSarah Hawk