The most energetic and memorable presentation of the entire SxSW conference was without a doubt Gary Vaynerchuk’s “The Thank You Economy” keynote. Gary put into context how much media is created in our current world. Quoting Eric Schmidt, Gary said that we create as much content in 48 hours as in all the content created up to 2003 combined. That, according to him, is the battleground.

“The Thank You Economy” philosophy is simple – care. Don’t pretend to care, or simply do things that make it look like you care. Really care.

Interact in a Human Way

Treat your customers like real people. Love your customers. Gary told a story about a flight to speak at a conference that got cancelled due to adverse weather. How hard would it be, he asked, for the airline to send him a text message telling him they were sorry?

Anytime you have a problem with a flight we get upset. Even if the alternative was that we were going to be dead, we’re still mad at the airline for canceling the flight. Why couldn’t they just said they were sorry? What would have happened to the context of the relationship?

Treating customers like human beings, especially when something goes wrong, can change your relationship forever.

Don’t Try to Close Too Fast

The problem with most companies who approach social media is that they try to close too quickly. They might respond to people’s questions on Twitter and Facebook, but they respond with “You should try this wine, click here to buy it on our website.” That’s not how you build relationships.

When Gary started using Twitter he went to Twitter Search, then Summize, and searched for different wine varietals. But he simply answered questions like “What wine goes with …” But he didn’t point them back to his e-commerce website winelibrary.com, he simply answered their question honestly. He built a relationship with them instead of trying to get them to buy right now.

Our great grandparents were much better suited to live in our current business climate than we are. Our great grandparents lived in extremely small communities where word of mouth influenced the majority of purchases. They went to the same butcher for years and years, and he knew them and what they bought. He would even start getting their meat ready when he saw them walking up to the store.

If they got bad service, they’d tell their friends and neighbors who also used Bob the butcher. Since communities were so small, one person could really affect a company’s business.

Then communities and companies got bigger. Huge supercenters had tens of thousands of customers every month, and one person was much less influential even if they told everyone they knew. But the Internet has made the World small again. One person can reach thousands, even hundreds of thousands of people online. Through blogs and social media sites like Twitter and Facebook, everyone has a voice online.

Gary left the crowd with one thought that really stuck with me. “Be on the right side of history,” he said. “Do not waver.” He told a story about his first speaking engagement. He was speaking at a chamber of commerce event in 1998 and the speaker he was following, a well established business man, said that the “Internet was a fad and no one would ever put their credit card into a computer, and here is some data to prove it. This kid is going to come up next and tell you that people are going to buy wine on the Itnernet.” Gary said he wished he was recorded at that talk, that he talks about this because he wants to “be on the right side of history”.

There are prominent people on record speaking out against some of the most transformative inventions in history.

“This telephone has too many shortcomings to be considered as a means of communication. The device is of inherently no value to us.”
– Western Union internal memo, 1876

“The wireless music box has no imaginable commercial value. Who would pay for a message sent to nobody in particular?”
– David Sarnoff, American radio pioneer, 1921

“I think there is a world market for maybe five computers.”
– Thomas Watson, chairman of IBM, 1943

When I was 19 and decided to quit my job to start an e-commerce business I heard a lot of these types of dismissals at the Internet’s potential. Now more than 11 years later, I don’t think anyone could argue the Internet has again changed the way we all communicate. 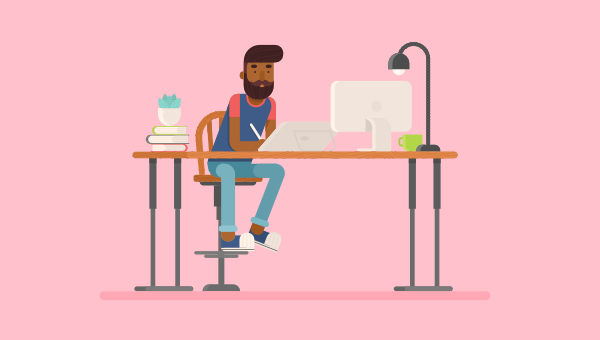