This article was created in partnership with Enkidu. Thank you for supporting the partners who make SitePoint possible.

There comes a technology once in several decades that redefines the very fundamentals of how we live our lives. More importantly, it allows new ideas and technology to emerge from it as a consequence. One such technology, the Internet, changed the way humanity as a whole functioned.

Let’s face it – the internet was one of the greatest inventions in all of human history. While giants like IBM ignored its existence for a while; companies like Yahoo, Google and Amazon thrived. It was a brand new playground, ripe for disruption.

Well, there’s no need for imagination – that technology is already here. Touted the “Internet 2.0”, the Blockchain and more specifically, Smart Contracts, are as powerful as the original internet – if used to their full potential. We truly live in miraculous times.

But let’s not get ahead of ourselves. In 2017, over $5.6 Billion USD was raised by Initial Cryptocurrency Offerings (ICOs) across the world. It seemed like most of these ICOs were using the Ethereum platform to raise money to run a non-blockchain business, rather than actually making native use of the Blockchain or Smart Contracts. For a while, it was hard to tell which startups were at the verge of true disruption, and which ones were in to make a quick buck.

Out of this fog comes one startup that’s disrupting a concept that has largely been left undisrupted over the last century. Enkidu wants to revolutionize how the entire world creates and runs companies.

When Varun Mayya, the CEO of Enkidu tells you what the platform does, the implications hit you right in the face. "We want to merge the payment gateway, the cap table (revenue sharing table) and the log of business decisions taken by a team". If you’ve ever started a company before, you know the pain. Enkidu claims to make starting and running a business a walk in the park.

He goes on to explain that Enkidu makes running a small business easy, without the necessity of registering or auditing a company entity at all. "Imagine a team of 3 people sitting in Ireland, India and the United States; who want to get together to build and sell a 3D game online".

With Enkidu, they can decide what percentage of the business each person owns. This split of revenues is stored in what is called a cap table. When an inbound payment comes in via that project’s payment gateway (provided by Enkidu), that payment is automatically split according to the cap table. The team can also decide to reserve some percentage of revenues in a treasury, which can be utilized via a virtual visa to pay vendors and buy tools the company might need. 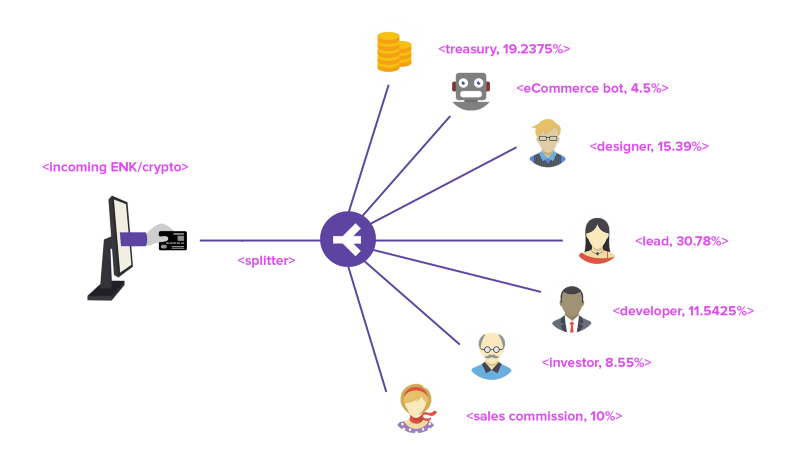 What’s more, the company can make certain business decisions that influence how the payment gateway works. Each Enkidu project has a handy dashboard that allows team members to pass resolutions, which are business decisions. One example is adding another partner into the business. Simply heading over to the resolutions dashboard and clicking the “Add Collaborator” automatically opens a simple majority poll where team members can decide whether to add a new partner or not. If the resolution passes (i.e, at least 51% of the team decides to vote yes), then the cap table causes proportional dilution of each member’s share holding by a percentage required to accommodate the new member. For example, adding a new member who requests a 10% revenue share causes all other members’ shareholding to dilute by 10% if the resolution passes. Every new payment on the gateway now accommodates this change in the cap table. Vesting is handled via smart contracts too.

Because resolutions prevent disputes (everything is transparent) and the business runs like an automaton (a machine that follows some rules), there’s no requirement for lawyers or legal counsel. The entire purpose of the legal system was dispute deterrence, rather than dispute resolution, which is what it has become today. Issues crop up in structures like LLCs and Private Limited companies because some members are not transparent with their financials, or there is some misinterpretation of contracts. Such cases don’t exist on Enkidu, because all resolutions are transparent and pre-emptive! 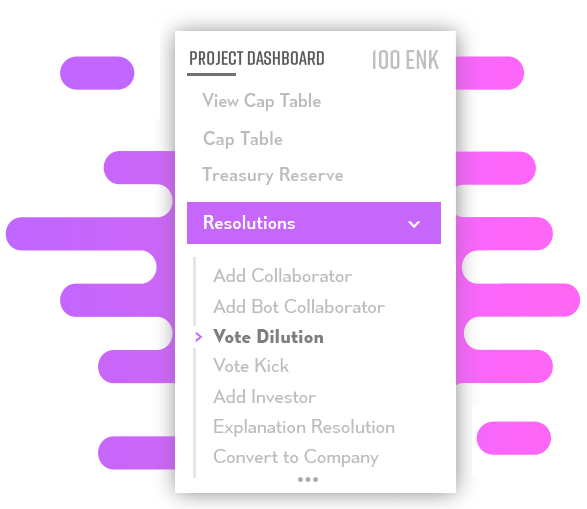 "Enkidu projects have flow-through taxation, similar to an LLC" says Shashank, COO at the company. While we don’t protect the liabilities of individual partners, we handle tax for partners like they would income tax. Enkidu is simply an automaton that helps people trust each other and seamlessly split payments – which is what company structure for small businesses should’ve been doing all along.

Varun advises that Enkidu can’t be used for large companies just yet. “In the eyes of the government, a Private Limited Company is a legal person. It can be ‘birthed’, it can die, it pays tax, and it can be sued – all of this protects the liabilities of its partners, who can’t be directly accountable for what happens to the company itself. We need a jurisdiction to piggyback off; one that offers us the ability to give Enkidu projects legal status.”

Setting up an Enkidu project is free. The company makes money by taking a 0.5% fee on every Transaction. They’ve recently partnered with Asia’s largest freelancing platform, Truelancer, who will backfill 400,000 users from their database right into Enkidu’s platform.

Imagine making 0.5% of every transaction on all the Delaware C-Corps out there. That’s the trillion dollar market Enkidu hopes to disrupt.

Join their presale now (and get a 40% bonus while you’re at it) at enkidu.io 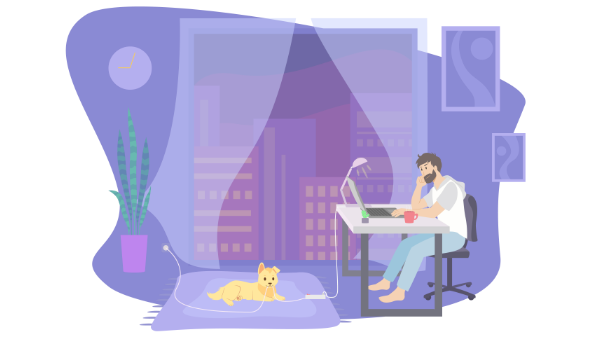 How Colocated Companies Can Adapt to a Remote Work WorldIvan Kreimer