So, just when should you not use an ALT attribute?

You must always have an ALT attribute if you have an IMG element. Always. No ifs, no buts, no maybes.

I have developers come to me and insist that WCAG2 says it’s okay not to have an ALT attribute. They are referring to the section of Success Criterion 1.1.1 which says:

Decoration, Formatting, Invisible: If non-text content is pure decoration, is used only for visual formatting, or is not presented to users, then it is implemented in a way that it can be ignored by assistive technology.

These devs take this to mean that an ALT attribute may be omitted where the element effectively has no meaning. In fact, WCAG2 quite specifically states that if no information is conveyed by an image then it should be coded so that it can be ignored by assistive technologies.

The specific technique, H67 is:

According to WCAG2, you can only make an assistive technology ignore your image if you have an empty (or “null”) ALT attribute – that is: alt="".  This is emphasised in WCAG2 by the inclusion of Failure 38:

Failure of Success Criterion 1.1.1 due to omitting the alt-attribute for non-text content used for decorative purposes only in HTML

When exactly should I use an empty ALT attribute?

Here are just a few examples where images should have empty ALT attributes:

However, in all of the examples above, it would be preferable to follow Technique C9: Using CSS to include decorative images.

serving only an aesthetic purpose, providing no information, and having no functionality

Note: Text is only purely decorative if the words can be rearranged or substituted without changing their purpose.

Example: The cover page of a dictionary has random words in very light text in the background. 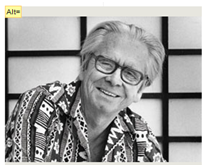 ALT attribute should be ‘Merry Christmas’ 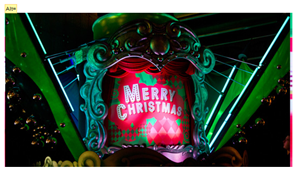 The exception that makes the rule

Hopefully, that’s going to help you make the right choice as to when to give an image an empty ALT attribute so that screen readers ignore it, or one that has meaningful information that will help the user.

However, that’s not all there is to say about ALT attributes.

Next week, I’ll have more on the weird and wonderful world of ALT attributes.

The Hidden Nuggets of WCAG2: An IntroductionGian Wild