The Startup’s Guide to Podcast Advertising 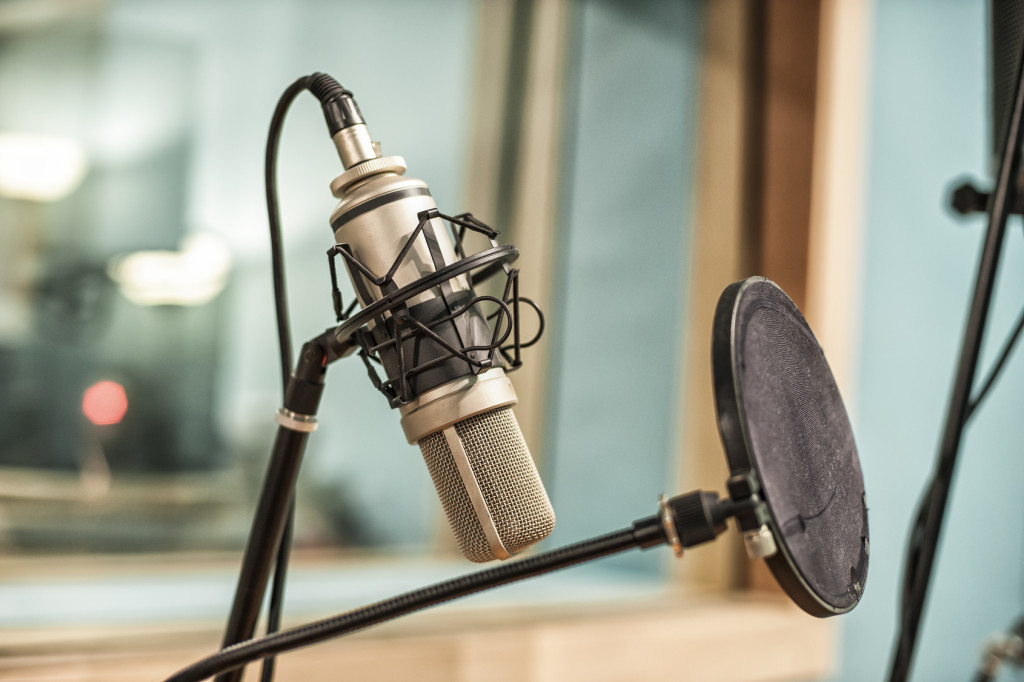 Despite being about as hip as the average mother (that is, not very), my mom is definitely in the know when it comes to cool new startup products.

Harry's Razors? She bought them for my dad. A Casper mattress? She's never slept better. An Audible subscription? Listening to Gone Girl spiced up her commute to work.

If you listen to podcasts, you'll know how my mom is learning about all these companies. Podcast advertising is taking off; so much so that in April of 2015, the Interactive Advertising Bureau published a 27-page "Digital Audio Buyer's Guide". In a single year, advertisers will spend $34 million on podcasts (and that's a low estimate).

Of course, the rise in advertising is stemming from a rise in the podcasting industry itself. According to Edison Research, one-third of the U.S. population has listened to a podcast–a 300% increase since 2006.

So, if you're looking for a great way to get the word out about your startup, you should definitely consider podcast sponsorships.

Why Podcasting Is Such a Great Ad Medium

As you no doubt know, most people pay little attention to traditional ads–if they don't ignore them completely. From banner ads on websites, which 99.8% of people don't engage with, to TV ads, which 37% ignore, most mediums have low interaction rates.

The recent rise in ad-blocking makes advertisers even more nervous.

Podcasts are different. Not only do people listen to the ads, they actually enjoy them.

First, most people simply can't ignore the ads. More than 25% of podcast consumers listen during their morning commute. Other popular podcasting activities include walking the dog, doing household chores, and working out. These activities don't allow you to fast-forward through an ad, nor do they let you focus on something else until the ad finishes.

But the vast majority of people don't want to. Podcast ads are considered fun and engaging. Many of them match the overall tone of the podcast; for example, PC's ads for Reply All (a popular Internet-themed podcast), feature a charming exchange between the Reply All host and a young couple, who agree they'd rather save their laptops than their wedding pictures.

Most ads are read by the hosts themselves, which makes you feel as though you're hearing about, say, Stamps.com from a friend rather than a self-interested stranger.

Before you can make any decisions, it's helpful to know the jargon.

Pre-roll: This 15-second spot opens the podcast. Usually, it has more of the traditional audio ad feel than the mid-roll, which can be more casual.

Mid-roll: These 30 to 60-second segments occur periodically throughout the episode.

Offer code: Most podcast ads offer listeners a unique promo code, which allows sponsors to track how many conversions they're getting.

Native ad: The standard podcast ad consists of the host(s) reading a script into the microphone. However, you'll also hear the occasional agency-produced ad, with music, sound effects, interviewees, etc.

Outro: The final part of a podcast, during which the host can urge listeners once again to try out the company ("Don't forget to use offer code Take30 to receive 20% off your first Wayne purchase") or simply remind them of the sponsorship ("Thanks to Wayne for sponsoring this episode.")

Direct response: Since most podcatchers offer linkable show notes or captions, you can now provide direct links to your site or product page.

The beginning step in any marketing strategy is to find the appropriate outlets.

You can tackle this project in two ways.

The first way is to identify shows your target demographic is listening to, contact those shows, and ask to sponsor them.

Pros: This approach is pretty low-budget. Also, it allows you to scout out niche podcasts that directly appeal to your core market–as opposed to hyper-popular shows like Serial that everyone listens to.

Cons: It's a pretty unscientific and time-consuming approach.

The second option is to work with a podcast network, like Midroll or Archer Avenue. They act as the middleman, matching you with multiple shows within their roster.

Pros: Almost all of the heavy lifting is outsourced. Plus, you can gain access to top podcasters (who may ignore you if you reach out to them independently).

While your decision will depend on how much you can afford to spend and the audience size you're going after, in general, I'd recommend starting with the first approach, seeing how it goes, and iterating on your approach, then moving to the second.

On average, users listen to 22 minutes per podcast–if you choose to advertise at the end of a 90-minute podcast, you're probably not going to reach all of the episode's listeners. Instead, buy a pre-roll spot or a mid-roll spot that's played somewhere in the first 20 minutes. These spots will be more expensive, but they'll also be more effective.

You should also keep things short and snappy. Fifteen seconds or less is a good benchmark. According to social audio platform Clammr, 82% of people use Apple's Podcast app to listen to their shows, which is notable because this app allows you to fast-forward 15 seconds at a time. So, if you produce a 30-second ad, it'll be much easier for listeners to skip than a 10-second one.

When it comes to the ad itself, I'm highly in favor of the live read. Having the host (a known, trusted entity) talk about your product is an implicit recommendation. Yes, you can pre-record an ad in your own studio, but you'll lose the intimacy of a host-read. And while you'll obviously need to prepare a script for them, give them the freedom to riff and say things in their own words. When hosts have the freedom to play with an ad a little, the spot sounds far more natural and fun.

Mack Weldon, an underwear company, definitely took this principle to heart when hiring Matt Gourley, host of Wolfpop’s I Was There Too show. Weldon lets its podcasters "talk about the product the way they want." And so Gourley delivered a profanity-ridden, absolutely hilarious ad.

Some advertisers (like Blue Apron and Squarespace) offer hosts freebies so the hosts can talk about their personal experiences with the products.

"When the host is personally reading the ad and telling a story about the product in her own words, it lands with the audience in a different and more authentic way than a traditional ad spot,”  marketing director at MailChimp, Mark DiCristina, told the New York Times.

On a recent episode of StartUp, PJ and Alex, the hosts of Reply All, told their boss they felt uncomfortable explicitly endorsing products.

It all started when they'd ended an ad for the Microsoft Outlook app by saying, "If you want to be an early adopter like Matt Lieber and a very prominent unnamed tech journalist and me and PJ, now is the time to make the leap; download the app for free for iOS or Android.”

After the ad ran, PJ and Alex started having qualms. After all, they reasoned, what if they say Microsoft Outlook is a fantastic tool, and then next week they discovered something they "really hated" about the Outlook app?

So, from then on, they decided to discuss their general experiences with products, rather than saying, "We use this and love it."

I suggest taking your cue from NPR. It's decided to ban explicit endorsements as well, but the organization allows "qualititative terms" like "designed to be easy to use."

Incorporating Podcasts Into Your Marketing Budget

Most podcast spots cost between $18 and $25 per every 1,000 listens, depending on the length of your ad, when it's played, and of course, the popularity of the podcast.

For reference, buying an ad on a podcast from Slate's network (which boasts 15 podcasts and more than 6.5 million downloads per month) would run you $20 per 1,000 listens.

Unfortunately, it's notoriously difficult to get metrics for podcast ad consumption. Apple only provides data on total downloads and subscribers. And without further information, those numbers can be misleading. Maybe 10,000 download a podcast, but only 3,000 of them ever get around to actually listening to it. And of those 3,000, let's say merely 1,000 finish the episode.

There is some good news: a bunch of public radio organizations just came together to decide what a "download" meant. Hopefully, this agreement is the beginning of objective and regulated standards.

In the meantime, there are a couple different options for tracking your ad results.

First up: the coupon code. Hosts provide a unique, memorable promo code for podcast listeners so that every time someone makes a purchase on your site using that code, you can assume they came from the podcast. Around 80% of podcast advertisers use this method to measure ROI.

Of course, this method is highly imperfect. What if someone hears about your product on a podcast and decides to try it, but forgets the code? (After all, the on-the-go nature of podcast consumption means listeners probably aren't buying anything till later.)

Also, thanks to sites like RetailMeNot and Coupons.com, promo codes have a way of spreading across the web.

The second option: a unique link in the show notes. This approach will give you better data–if you want really specific stats, I suggest using a different link for each episode, so you can run different ads and figure out which draw more leads.

However, many hosts might not feel comfortable giving you so much real estate in their show notes. Also, you'll need to ask listeners to go hunting for the link.

Podcast advertising definitely has its complications. But there's some good news: right now, you don't have a lot of competition. In fact, one-third of podcasts don't have any sponsors, and the other two-thirds sell just 30% of their slots. If you start advertising now, you'll be ahead of the game.

Meet the author
Aja Frost
Aja Frost is a writer, tech/design geek, and podcast addict. Check out her site or say hi on Twitter.