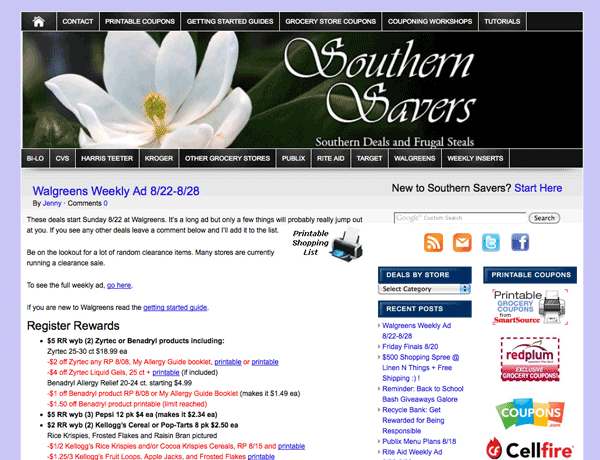 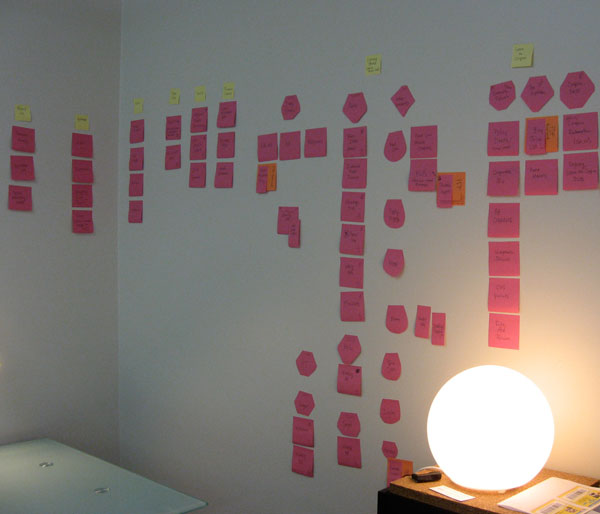 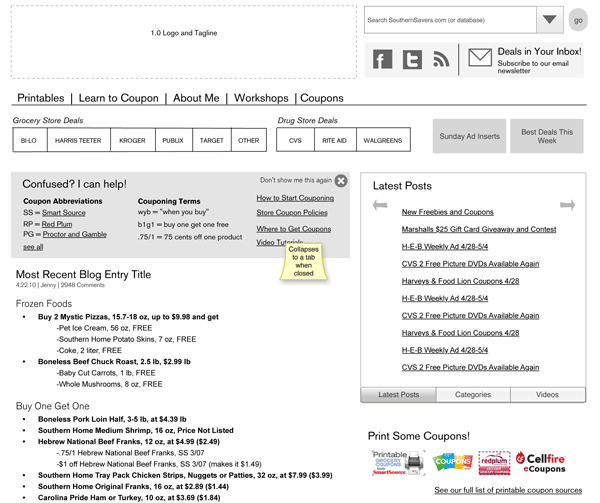 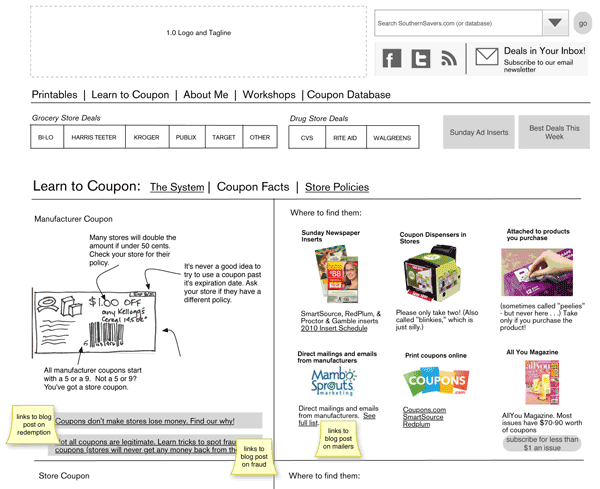 Okay, maybe “spiced things up” was a bit of an overstatement when talking about colorless wireframes, but the design ball is certainly rolling here. Now that the Southern Savers layout is mapped out, it’s time to move on to the next subject: color! We’ll be covering that in the next part in this series.

This is the first in a five-part case study drawn from SitePoint’s The Principles of Beautiful Web Design, 2nd edition. The book covers all the principles of graphic design as they pertain to the Web, and it’s presented in a way that’s easy for non-designers to digest.