SitePoint Ambassador of the Month: November 2015

A lot of things brew in the SitePoint kitchen, which we're always excited to talk about. Something I've been devoting my time to recently is our very popular Ambassador Program.

We launched the Ambassadors Program back in May, 2015, to provide a common focus for SitePoint contributors passionate about the content, community and philosophy of SitePoint. Since then, we've continued to refine the program and welcome new members.

The latest innovation for the program is the nomination of the Ambassador of the Month. After considering all the various activities and contributions of the Ambassadors to this point, one person stood out as the leading candidate for our first ever award. Ladies and gentlemen, we give you the Ambassador for the Month for November, 2015—Marc Towler. 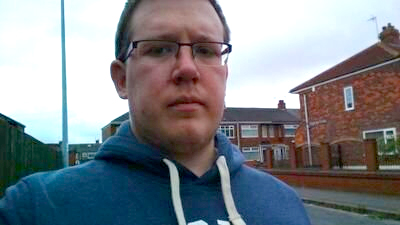 So who is Marc? Based in Leeds, UK, he lives a double life. During office hours, he's a diligent retail worker toiling for O2.

In his own time, though—like Neo in the Matrix—he's a self-taught computer wizard, working with websites and servers. He's also doing a bit of freelance work, both for fun and for profit. On top of all these activities, Marc is also enhancing his education by studying Computer Science at the Open University.

Marc briefly shares his SitePoint story with us:

I first found and heard about SitePoint when a developer that I looked up to (Lorna Jane) wrote a book called PHP Master: Write Cutting-edge Code.

I ordered a bundle deal of that and two other books, and I've never looked back. When I noticed the Twitter account sending out the request for Ambassadors back in May, I thought I would give it a try, and it was worth it. The Ambassador Program was reiterated with a more organized structure and contribution paths in October, where I was again lucky to be part of it.

My favorite Ambassador task is the peer reviewing of articles—mainly because I get to have a sneak peek at what's coming up!

You might also wonder what it takes to become Ambassador of the Month. In the memorable words of his compatriot, Sir Winston Churchill: Blood, toil, tears and sweat.

In the terms of our activity, it means promoting SitePoint articles and activities on the Twitter account, numerous peer reviews, completing the tasks and active participation on Slack and the Trello board (and soon the Forums!).

Sounds simple, doesn't it? Then nothing should stop you from doing the same—and next month we might be talking about you here.

Feel free to check out Marc's work on his blog and Twitter.