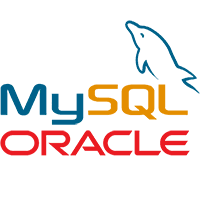 It seems the Oracle — Sun — MySQL debate is far from over. Michael “Monty” Widenius, the original creator of the open source database, has been a particularly vocal opponent of MySQL falling into Oracle’s clutches. However, time is running out and the initially hesitant European Commission are likely to green-light the takeover following Oracle’s recent public commitment statements.

As a last-ditch effort to save the database, Widenius launched helpmysql.org on December 28, 2009. The website makes a passionate plea for MySQL and raises some interesting questions, e.g.

The website asks all concerned contributers, developers, distributors to sign a petition to ensure future innovation related to MySQL and safeguard the database as a major competitive force. You do not have long: the petition will be formally presented to regulators, other government bodies, parliaments and journalists on January 4, 2010 (although updates will be posted in the coming months).

According to the statistics at the time of writing, over 13,500 signatures have been received so far. Widenius’ blog reports that, of the answers received so far, just 0.7% of respondents stated they trust Oracle with MySQL. The remaining 99.3% have concerns and either want further commitments from Oracle or MySQL divested to a suitable third-party.

If you are worried about Oracle’s ownership of MySQL, sign the petition and have your say.

Will regulators be swayed by this petition? Should Oracle be permitted to own MySQL? Will the takeover harm database competition? Comments welcome…