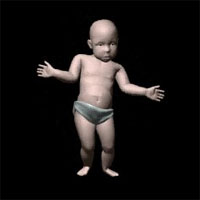 Blogger Dan Zarrella, who calls himself a “Viral Marketing and Social Media Scientist,” has an interesting report up on his site exploring the ways and types of content people share with each other via the Internet. Zarrella put a preview of the report on the excellent CenterNetworks blog indicating that one of his key findings was that among the most savvy media sharers, humor comes second to news content.

That might come as a downer for CenterNetworks author Allen Stern, who has been routinely posting hilarious videos with his take on tech news. But Allen may not have to worry, because there could be a slight flaw in the spin Zarrella put on his report.

Zarrella surveyed 420 web users gathered via Twitter, blog posts, Craigslist, and email. The majority of his respondents shared content at least once per week and with less than 50-100 people.

The most frequently used source of one-to-few content sharing (i.e., sharing with one or just a handful of people) was email, and the most likely sources of content being shared was blogs, followed by mainstream news sites, social news sites, and emails from friends.

Those who use social media sharing technologies less frequently also tend to rely more on email and mainstream news sites to find the content they share than do their more social media savvy counterparts. That could indicate that blogs, Twitter, and sites like Digg still don’t have much penetration among mainstream users.

In his CenterNetworks post, Zarrella said his results indicated that news content was more likely to go viral than humor. That might not be true outside of social media sites, though. Zarrella’s report found that prolific sharers (likely early adopters) share more news and non-prolific sharers (likely mainstream users) share more humor, and his report indicated that viral sharing technologies like social media sites, blogs, and Twitter were still the domain of early adopters.

But because so many of his respondents came from Twitter, it might be biased toward the early adopter set, so his overall numbers might be a bit out of whack. Things don’t go truly viral very often without the help of those mainstream sharers. I.e., the ones who still use email and prefer humor content over news. If you’re looking to have something go viral over email — where the mainstream audience plays — you still might have a better shot if it’s humorous.

Zarrella’s complete report is available for free on his site (though registration is required) and could be helpful for anyone looking to figure out where to target specific types of content for the best viral impact.

4 Ways to Create Viral Content without Selling Your SoulStephen Altrogge