There was good news for Windows users and developers alike this week, as it was announced that Microsoft’s forthcoming Windows 10 operating system will ship with OneGet, a Linux-style package management framework. Upping the cloud-based storage stakes, Microsoft also revealed unlimited OneDrive storage for Office 365 subscribers.

Having indexed all the things, Google announced their plans to enter your bloodstream via the new ‘nanoparticle’ pill, which could preemptively detect signs of disease. They also launched their Fit app, which is poised to take on Apple’s HealthKit. Finally, they’ve given Chrome’s bookmarks a long-awaited overhaul. Yay!

Elsewhere, Meteor reached its 1.0 release milestone, HTML5 reached ‘recommendation’ status and AtScript was unveiled. AtScript will be (yet) another language to compile to JavaScript, but what makes it noteworthy is that one of the developers behind it is Misko Hevery, the father of AngularJS.

Oh, and do you want a good career or do you want fun programming? Apparently, you can’t have both.

Buzzword of the Week: i18n

In computing terms, i18n is an abbreviation for internationalization – the process of planning and implementing software so that it can easily be adapted to specific local languages and regions without engineering changes. That style of abbreviation, by the way, is explained in the W3C glossary.

Rails has a rather versatile, built-in internationalization API that allows you to “Go Global” and support different languages on your site.

FormatJS is a set of JavaScript libraries for internationalization that are focused on formatting numbers, dates, and strings.

Not using i18n? You probably should be. In this two part series, Chris Ball looks at why i18n is a good thing, then puts theory into practice using both Rails and ember.js.

Here’s a great slide deck from Eduardo Shiota Yasuda (a designer at booking.com): Internationalisation: 2200+ different ways to view a website. Hopefully a video of the talk will soon follow.

React, by Facebook, is a JavaScript library for building user interfaces. It has many cool features (such as using a virtual DOM) and, as it makes no assumptions about the rest of your technology stack, it’s easy to try it out in an existing project.

New to React? In this case you might want to find out about getting started and its key concepts. Or, if you prefer videos, then what about this introduction to React with Bertrand Karerangabo?

Once you’ve mastered the basics, here’s how to create a note taking app using React and Flux (Flux is a functional approach to data handling inside an app).

Not your thing? Well, what about building a real-time Twitter stream in React using isomorphic JavaScript.

Here’s an article on understanding React and re-implementing it from scratch. This is the first post in a series and examines views and the virtual DOM.

And finally, here’s a slide deck on React and why it’s awesome.

As web professionals we all want to be more productive and use our time effectively. Luckily, there are a plethora of tools and techniques to help us do just that.

This week on SitePoint, Alex Walker looked at how to use an age-old trick to write 240 words per minute, whilst George Fekete took a look at Komodo IDE and how it can increase your productivity.

The panel of the JavaScript Jabber podcast discussed browser tools and extensions. This episode features many time-saving tips and tricks and is well worth a listen.

Here are seven tips on how to keep productive and focused as a freelancer, as well as five simple but potent productivity tips that crush procrastination (their words).

Shopify managed to improve developer productivity by deleting 28,000 lines of JavaScript. Here’s how that bold move worked out for them.

Finally, this is why it’s important to create a culture where productivity is celebrated from the get-go.

Pre-processors such as Sass and Less have revolutionized CSS development. I was therefore intrigued to see Craig Buckler looking at CSS post-processing With Pleeease. If you don’t know what post-processing is, then this one is for you.

Of course, that’s not to say that the pre-processors didn’t get any love. Here’s how one developer moved from Neat to Susy (both of which are Sass layout tools).

“If you could only use 3 front-end development tools, which 3 tools would you choose?” was the question posed to 56 front-end experts. Their answers were maybe a little surprising and will certainly provide a couple of undiscovered gems.

Here’s how you can manage your front-end build in WordPress and in this article, one developer details his new Angular workflow with Gulp.

Here’s a tutorial aimed at beginners, on how to create a web app with Grunt.

Buuuut, before you get into that, read why we should stop using Grunt and Gulp altogether (full circle, me thinks).

I’ll leave you with a list of Halloween’s 13 scariest clients and on a more serious note a look at how our industry treats mental health issues (it’s currently {Geek} Mental Help Week).

So which links caught your attention? What do you think of React? Have you got any productivity tips you’d like to share? Wanna talk about Mental Help Week? Either way, we would love to hear your thoughts. 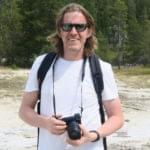