We all have our favorite IDEs/editors when coding. Mine is PhpStorm, and it took a while to master all its shortcuts and establish a rapid workflow. In this article, I’ll share some keyboard shortcuts and tips with you which you should make part of your regular routine if you, too, do your work in this IDE. This article was partially inspired by this Reddit thread, and will be mentioning and demonstrating some of the shortcuts found there as well.

Note that as I’m doing my development on Linux in a vagrant box hosted on Windows, my shortcuts might be different from yours. The JetBrains reference card matches them up perfectly and gives you the OS X alternatives: Reference Card.

PhpStorm’s high configurability (it’s almost an “Android” of the PHP IDE world) lets you fine tune it to infinity – you can make it into a tool so personal, it might seem like a different IDE to anyone opening your settings. Let’s see some shortcuts and hacks we can take advantage of:

PhpStorm has a wealth of various language plugins. I, for one, make heavy use of the Dart plugin for PhpStorm. This isn’t the type of plugin I’d like to talk about, though – there’s a plethora of productivity plugins, too. Plugins adding features you never thought a PHP IDE might have:

Many people underestimate a good theme, dismissing it outright as flair or pure vanity. This is wrong – a good theme is a good user experience – it increases readability and makes you notice errors, keywords and all the syntax spice intuitively, without having to think about it. There are several benefits to using dark themes:

Things to look for in a theme are mid-range contrasts. Avoid absolutes – the background shouldn’t be pure black, and the text shouldn’t be pure white/red/green/orange. These sharp contrasts confuse and strain the eye just as much as having an all-white background and all-dark text does. Instead, look for pastel, smokey colors. Likewise, increasing the font is usually a good idea, if the theme’s default is tiny. The eyes strain when reading too small letters, and if the spacing isn’t good enough either, you’ll have a hard time reading anything without welcoming a headache. Two of my suggestions for darker themes are Darcula, which comes built into PhpStorm, and Solarized. 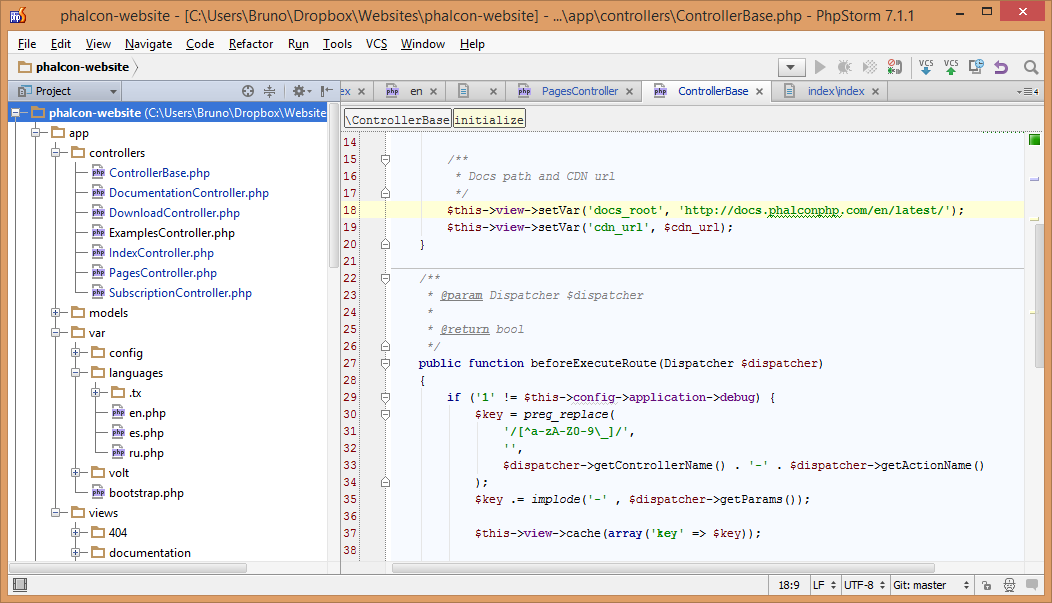 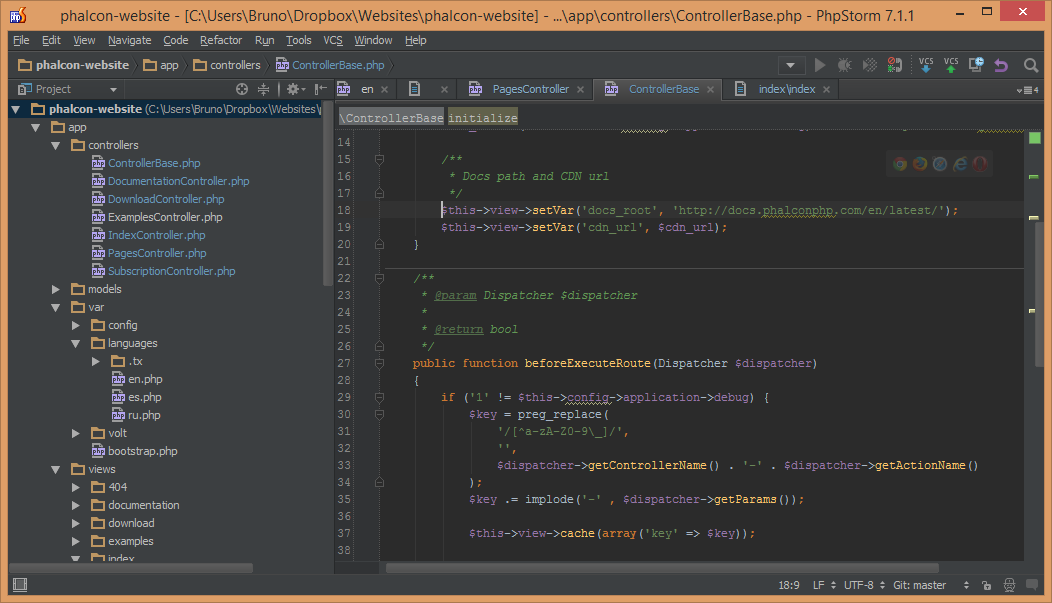 Apart from the generally more pleasant color scheme in Darcula (shown above), I’m the type of developer who uses comments extensively in my projects, so having them more legible but still not distracting is a valuable perk. The project structure is also, in my opinion, far more readable in the second screenshot – the light blue vs. gray contrast seems optimal to my eye.

While most theme preference discussions are, admittedly, subjective, I encourage you to venture outside your eyes’ comfort zone for a day or two and give alternatives a go. You’d be surprised at how fast you can adapt to the new style if you find one that particularly matches you.

In this article, we covered and demonstrated some popular and/or extremely useful keyboard shortcuts and productivity hacks for PhpStorm – an IDE that’s far more customizable than one might assume at first glance. What are your tips and productivity hacks? Do you see any missing? Let us know in the comments below and we’ll add them!